Italians will always argue that their cuisine is superior to French cuisine. Indeed, they are quite confident that they were the ones who taught the French how to cook. It was, in fact, a Florentine who is thought to have been at the centre of a defining moment in the development of French cuisine by exporting Florence’s best recipes to France.

It was Caterina de’ Medici, the great-granddaughter of Lorenzo the Magnificent and, at 14, the new bride of Henry II of France. She was not fond of the local dishes she found there and insisted on bringing her own Tuscan chefs to her rescue, much to the shock, delight and amusement of her French guests.

Some of today’s most classically French recipes can be traced back to Caterina’s time, five hundred years ago. She introduced her favourite Tuscan produce, such as olive oil, white beans, artichokes, and figs as well as many desserts and, as legend has it, even table manners-Caterina is said to have been the first one to place a fork on a French table.

Her imported Tuscan chefs created dishes that became a big hit in France-and stayed. For example, the humble French onion soup so loved today, a dish so French that it even has its nationality in its title, may have actually originated in a Tuscan kitchen.

While onion soup of various guises has been around since ancient times, one of the best known recipes for carabaccia, a traditional Tuscan onion soup, was jotted down in the 1500s. The recipe, apparently a favourite of the vegetarian artist Leonardo da Vinci, and recorded by chef Cristoforo da Messiburgo, describes sliced onions cooked in vegetable broth, enriched with a Renaissance sweet and sour twist of ground almonds, vinegar, sugar and cinnamon.

The Tuscan recipe evolved, as tastes did, without the sweetness, and it was simplified to the more recognisable recipe of onions cooked in olive oil and vegetable broth and served over toasted bread. The French version today is very similar, but usually made of richer beef broth instead of vegetable, and is never without a slice of toasted bread covered in melted cheese on top. The Tuscans, instead, put their bread to soak at the bottom of the dish.

Several variations of carabaccia exist, including a very country-style addition of an egg, which poaches in the soup itself, to enrich this simple but tasty soup. Another variation involves adding fresh peas and fava beans, a testament to the time of year this appears, as these vegetables, including the onions themselves, are in season in the spring. The peas and beans freshen the soup and add some pretty colour. 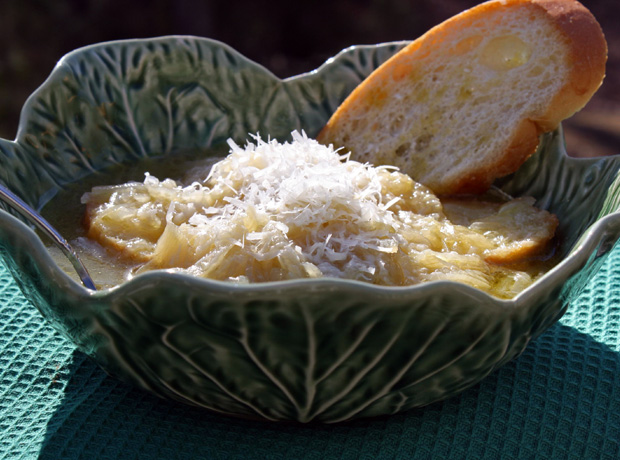 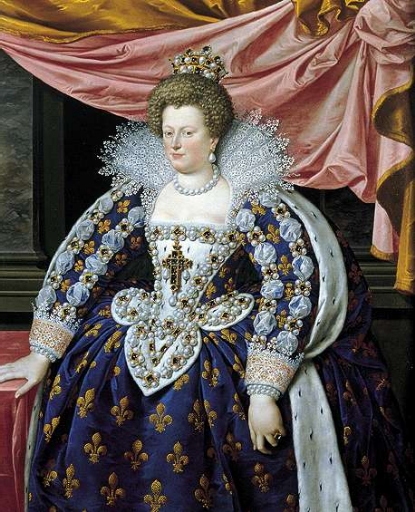