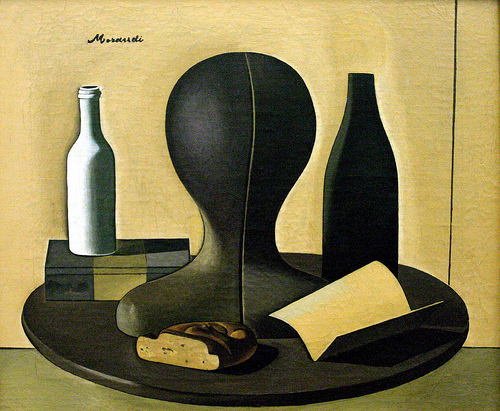 Uffizi Museum of Florence always worth a visit and now extends its offer hosting until 18th March 2013 a special exhibition, dedicated to one of the most influent European painters and leading figure of “Dutch golden age”: “Rembrandt through Morandi’s eyes” will lead us through the path, long but rich of connection, between the two artists. The event is going to take place in Department of Print and Drawings of Uffizi, where view of the artworks will be glorify by a new light system.

Morandi was interested to Rembrandt from the beginning of his self-educated training as engraver, preserving printings and engravings of the Dutch artist in his collection. Despite of this accurate analysis when he started his production as an engraver he left all the complexity and the richness of Rembrandt’s techniques (dry point and burin) aiming to etching and to rarefaction of “his” nature.
As Lamberto Vitali said on the monograph dedicated to a Morandi’s graphic work, the major affinity with Rembrandt was during 20’s, to continue as an elaborated emulation and not a plain imitation (which recalls the connection between Rembrandt, Lucas Van Leyden and Dürer).
The first match point between Morandi and Rembrandt is tracked down on the level of the truthfulness of the sign, that is to say the emulation of the expressive potentiality and the line engraving.

Florence and Ars Hotels will lead you during this unmissable journey through “surrealism of reality”, to rediscover the secret of the “distant closeness” between the engraver and the Dutch master.