The Ponte Morandi among the 30 nativity scenes of the artist at the Rivoli Boutique Hotel: the importance of memory as an experience to build our future

Popular tradition and current events are intertwined in the works of Claudio Ladurini for the usual Christmas event. Among the novelties: the maxi crib three meters long and a volcano in activity in the Village of Santa Claus.

Chiara Caridi: “We want to remember Genoa and its victims: Christmas is also this”

Florence, – The actuality that makes space in the most expensive Christmas tradition, among the 30 artist’s cribs that will be exhibited for the eighth consecutive year at the Rivoli Boutique Hotel in Florence, from December 8th to January 6th, among the elegant rooms of the former Franciscan monastery dating from the fourteenth century. Depictions of the special Nativity, finely reconstructed that refer to events that have marked the past few years. Here, then, that in this edition there will be the reproduction of the Ponte Morandi, a tribute to the victims and at the same time a warning to keep attention focused on a dramatically current theme.

Inauguration, therefore, on Sunday 8th December, from 4 pm, in the presence of the abbot of San Miniato a Monte, father Gianni Bernardo.

“This year the” special crib “- comments Chiara Caridi, General Manager of the Rivoli Boutique Hotel – wants to underline the importance of not forgetting, of the memory also of the painful events that strike us, so that each of us treasures it to build a world is getting better and better, this year’s theme: the awareness that terrible events like the one that happened bring with them the basis for reflection to build the future we want, also in this key to understanding, we need to relive our roots and our traditions that become the ground on which to build the world of tomorrow “. 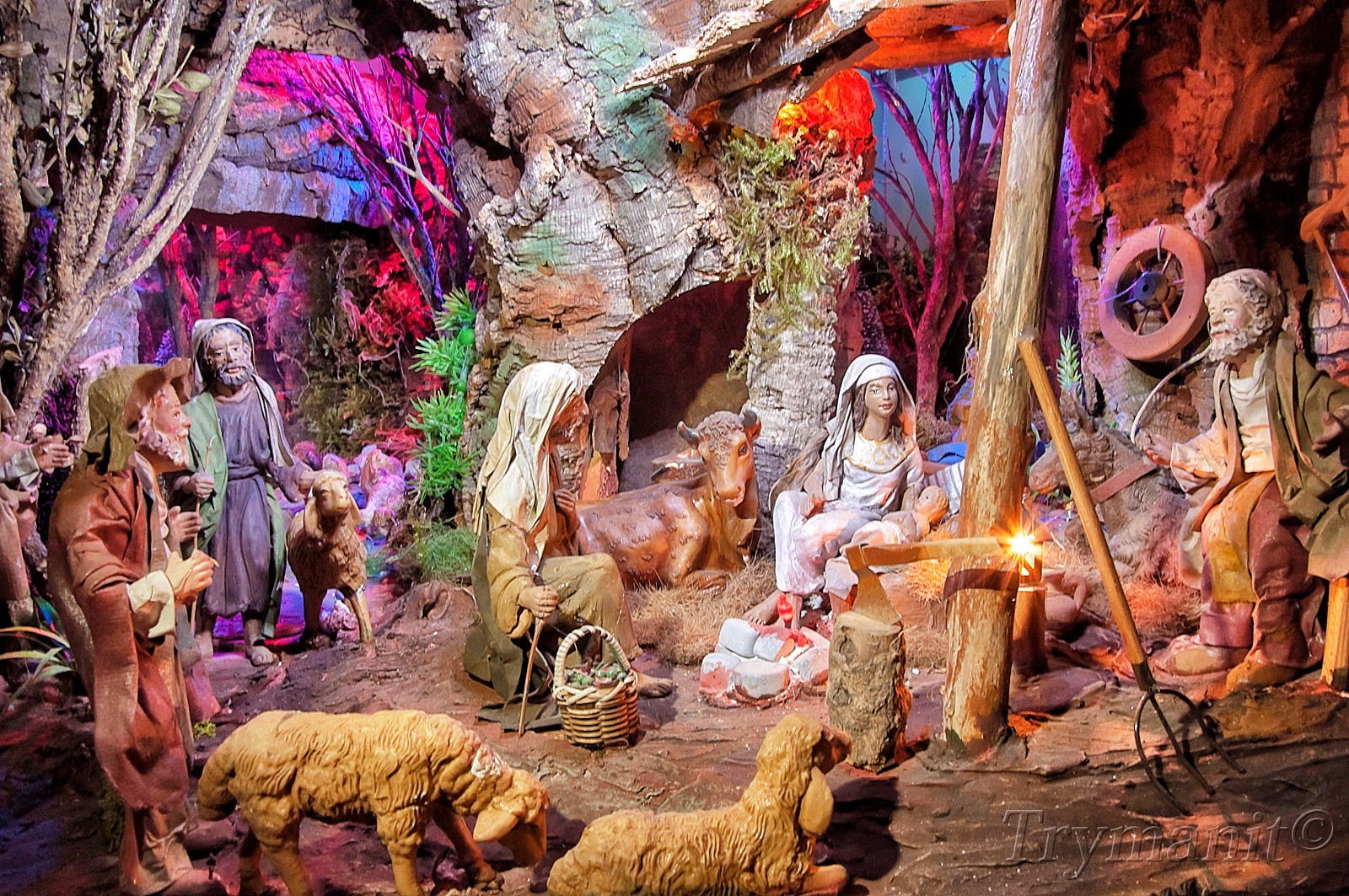 There will be unique and monumental works, such as the maxi crib 3 meters long and 1.60 deep by Claudio Ladurini, an artist originally from Fiumalbo, in the province of Modena. His works, whether large or small, are original and refined creations, created to reflect rather than surprise. The artist celebrates the birth of Jesus with detailed reconstructions, made of wood, ceramic and terracotta. Popular tradition is exalted and revisited through the lens of current events and important events that can sometimes disrupt our daily lives. The theme of migrants, of the Pope and of technology that conquers more and more space in our world are proposed, among others.

The exhibition enters, as last year, in the largest project “Put a crib in the Showcase” promoted by the laity of the Vicariate of San Giovanni which involves the activities and the shops of the center.

At the entrance, as always, there will be the Santa Claus Village, designed and built by Salvatore Sciuto, with plays of lights and moving structures, where the funny figure of Santa Claus gives another reading of Christmas, playful and carefree: his magical Elves are at work, inside the Toy Factory, to make gifts for children. New this year: a volcano that, through a play of lights, will simulate an eruption, for a tribute to Etna and its Sicilian origins. 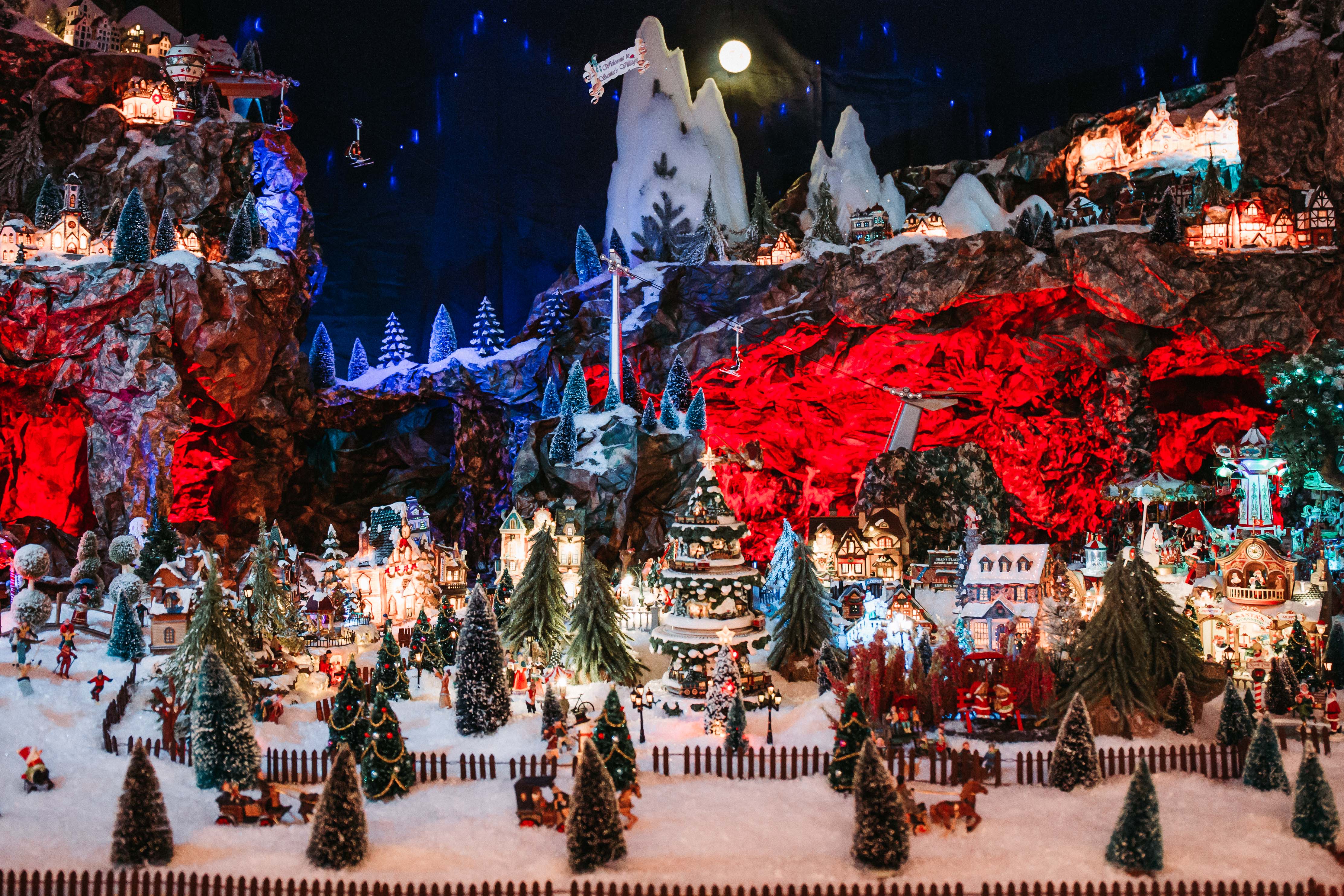 The exhibition, with free admission, is open every day from 11 am to 11 pm. As the last edition, which registered over 4 thousand visitors, it will also be an opportunity to collect donations for the Tommasino Bacciotti Foundation.

«Christmas is the moment of joy and conviviality and the crib is the symbol of the traditions that belong to this so important festival – comments Chiara Caridi – But Christmas is also the moment of reflection, of closeness. This is why we welcomed the proposal to include the Ponte Morandi: it will be an important contribution to our cribs, and a reminder to all that invites us not to forget the victims of that recent tragedy. Our commitment to popularize popular culture each year is renewed with ever greater energy and desire to bring to the attention of our customers and the whole city the beauty of works that are a concentration of creativity, craftsmanship and attention to our roots . And as always the opportunity to be together, share values ​​and celebrate the best moment of the year ».