At the start Fabbrica Europa 2014

The XXI edition of the Fabbrica Europa Festival opens transversal reflection on the “human condition” and “contemporary memory”, touching on the concepts of identity, community and otherness through artistic creation.

A worksite open for a generation in transit which, from May 8 to June 28 2014, proposes new visions and brings to life a scenario of resistance poetics: performances by international artists from which emerge the depths of the art theatre from the East and of contemporary dance, projected across Europe from different international contexts. 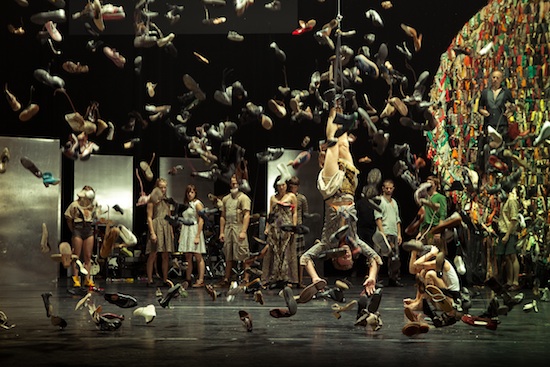 Overlooking the world, multiple visions, seen through the eyes of well-known authors on the contemporary scene and of young creators who offer their new and original interpretations.

A programme of theatre, dance, performing and visual arts which from Stazione Leopolda – Fabbrica Europa’s symbolic home – spreads throughout other spaces in Florence, from the Nuovo Teatro dell’Opera to the Teatro Cantiere Florida, and across the Arno to the Ex Church of San Carlo dei Barnabiti, CANGO Cantieri Goldonetta, Teatro Goldoni, and further still to the Teatro Era of Pontedera. 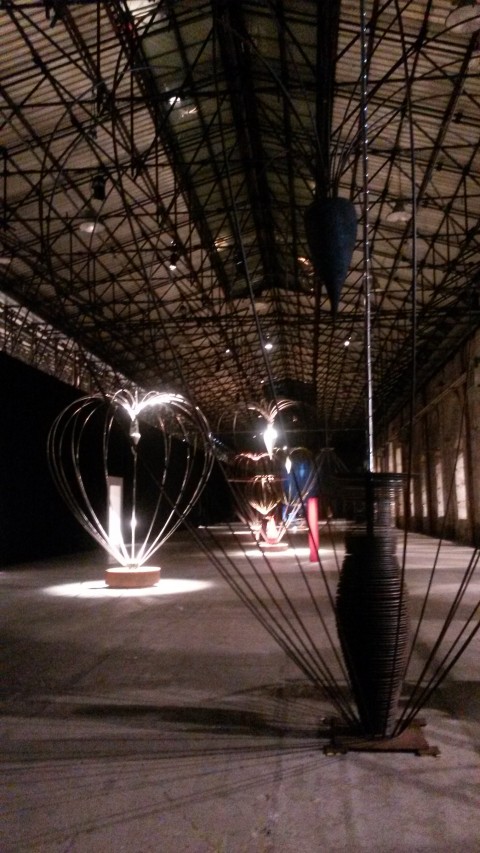 One of the first events is the installation AttoRitratto. Opera stage in which Marco Bagnoli gathers and presents for the first time in ten monumental sculptures in the shape of a hot air balloon which were made in a long time span three decades and already partly exhibited in Italy and abroad. We want to imagine that on this occasion the Stazione Leopolda will create the imaginary path between the train journey and travel in the air and with air, from here starts the path between theater and creativity.