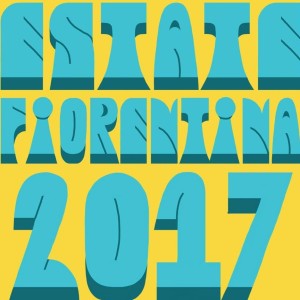 Summer in Florence always means events, activities and concerts. This year the program is particularly  rich and interesting, suitable for all ages and located in the city centre but also in the suburbs, to please the tourists but also the florentine people.

The most interesting news is the new location of  Apriti cinema (from 26th June to 19th July): after four successful editions, the nightly open-air movies will move to piazzale degli Uffizi, bringing a family-friendly initiative to an increasingly neglected square: 24 nights of free movies in original language with Italian subtitles.

In any case the music will continue to be the undisputed protagonist of Florentine Summer: Firenze Rocks at the Visarno Arena (inside the Cascine Park) twill host Madison Square Garden-level mega-names. Starting the 14th June with the Radiohead it will end the 18th July with the Arcade Fire. In the meanwhile Aerosmith, Placebo, Eddie Vedder, Cranberries, Glen Hansard, System Of A Down,  Prophets Of Rage, Chemical Brothers, The XX, Jamiroquai and many other guests.

Not only rock music in Florence, spend the summer solstice (21st June) in one of Florence’s signature spaces. The Salone dei Cinquecento will host a “Bachout” event with eight hours of uninterrupted music from Baroque master Johann Sebastian Bach. From 7 to 11pm it will be featured several pieces being performed together for the very first time in their entirety.

And more from June to September  continues the concerts on churchyard of main florentine basilicas: a project with the main purpose to get closer the citiziens with the music thanks to concerts and orchestras “open rehearsals”.

From 8th to 16th July  the international Italian Brass Week is back instructors and international guests will be in town for a week of masterclasses, conferences and concerts focused on all things brassy and bright. The key event for the public will be a concert held in traditional Renaioli boats on the Arno river: 100 musicians from orchestras around the world will perform the world premiere of a work by Enjott Schneider (15th July at 6.00 pm).

From 11th to  13th July get ready for three days of rhythms, reflections and socializing with the return of Festival au Désert. Piazza Ognissanti will bring multicultural music to life during this event put on under the auspices of Fabbrica Europa; since 2010, it’s brought together artists from all over the world. Events and neighborhood workshops are also planned.

From 17th to 23rd July, in Santissima Annunziata square, just a stroll away from the Cathedral, concerts, exhibitions, art and guided visits are all on the menu at the second edition of Musart Festival: on stage will be Yann Tiersen (July 17); Raphael Gualazzi (July 18), Orchestra della Toscana conducted by Daniele Rustioni with the Coro di Roma (July 19, performing Carmina Burana and Boléro); Paolo Conte (July 29); San Remo star Francesco Gabbani (July 21) and Deproducers (July 22, performing Botanica). And, once again, a splendid sunrise concert to conclude the show, kicking off at 4.45am on July 23, with pianist Cesare Picco at the bench.

The Summer programm of Opera House is not less important than it’s winter version. The most part of the events will take place where the italian Opera is born: in the Pitti Palace countyard.

Don’t miss to visit the 2 most important exhibitions running in Florence in this period:   Bill Viola at Strozzi Palace untill 23rd July and untill 01st October YTALIA: Over one hundred works, exhibited at Forte di Belvedere and in some of the  symbolic places of our heritage:  a veritable museum of contemporary art, in the heart of the city, between interior and exterior, between the Middle Ages and Renaissance, between museums and gardens, funerary chapels and areas of political life, galleries and studios, cloisters and crypts. Without to forget Da Vinci Experience:  the new immersive multimedia show, hosted in the Santo Stefano al Ponte Church, that recounts Leonardo’s genius, his science and his ecleticism.

In Florence Summer means also the traditional event of  Calcio Storico Fiorentino a sort of  combination of soccer, rugby and big time wrestling originated in 16th century Florence and played today in historical costume. The four teams of the historical neighborhoods of the city play against each other, first in two semi-finals (10th June the Green of San Giovanni vs. the Red of Santa Maria Novella and the 11th June the White of Santo Spirito vs the Blue of Santa Croce) then the final match of 24th June to determine the winner. Another traditional appointment that means a lot to all florentine people are the spectacular fireworks show of St. John  the patron saint of Florence. The fireworks take place  between 10 and 11pm and are set off from dal Piazzale Michelangelo, an elevated positing that makes it possible to see them from various places across the city.

The Florentine Summer can be very hot: the temperature, sometimes really high, requires to stop in order to refresh and take a breath, don’t forget the florentine gardens, swimming pools or simply stop in one of the best ice-cream shops of the city .