A folk tradition in Florence: the Explosion of the Cart

Once upon a time an ancient tradition that began in 1097, when Pazzino de’ Pazzi, a Florentine from a prominent family, was by tradition the first man to scale the walls of Jerusalem. As a reward for this act of bravery, his commander gave him three flints from the Church of the Holy Sepulchre, which were then carried back to Tuscany. These are kept in the Church of Santi Apostoli. 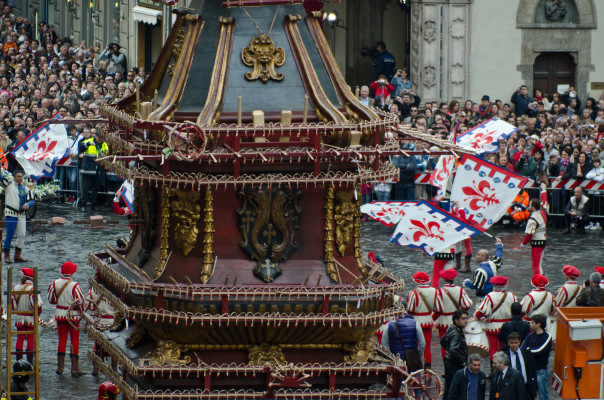 the morning of Easter Sunday, the 30-foot-tall (9.1 m) antique cart (in use for over 500 years), moves from the Porta al Prato to the Piazza del Duomo. Hauled by a team of white oxen festooned with garlands of the first flowers and herbs of spring, the cart is escorted by 150 soldiers, musicians, and people in 15th century dress. 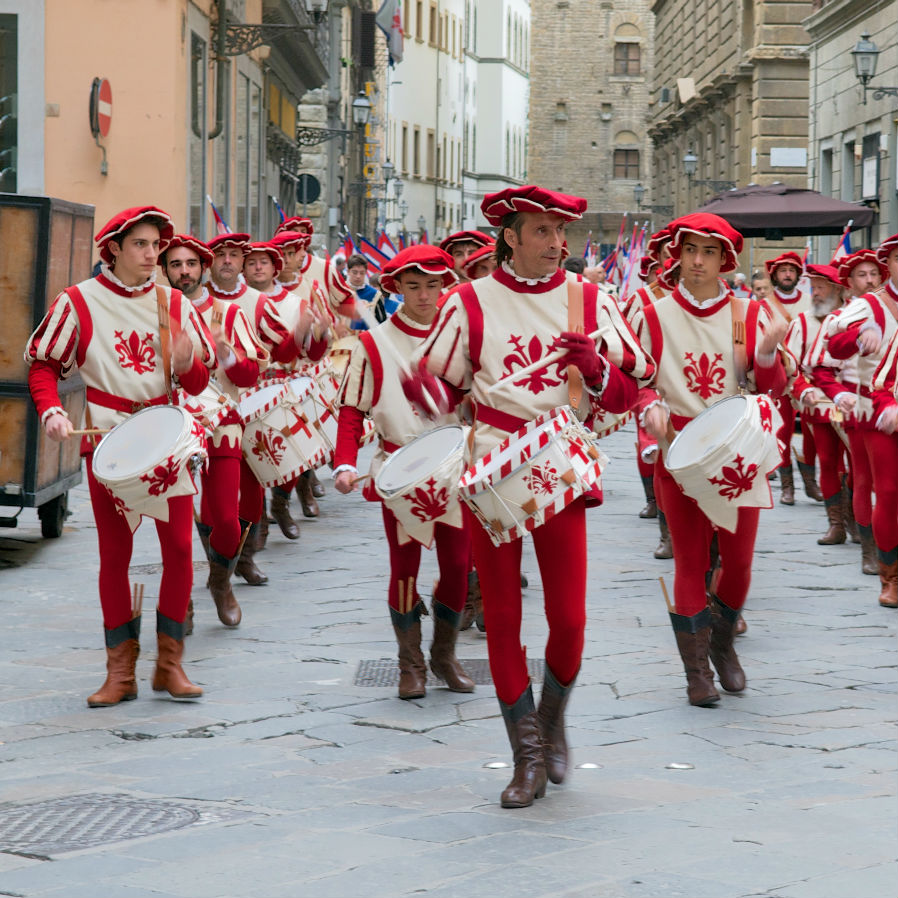 Meanwhile, a fire is struck using the historic flints from Jerusalem at Chiesa degli Santi Apostoli. It is then carried in procession to the cathedral square by members of the Pazzi family, clerics, and city officials. The cart is loaded with fireworks while a wire, stretching to the high altar inside the cathedral, is fitted with a mechanical dove (the “colombina”). Shortly thereafter, at the singing of the Gloria in excelsis Deo during Easter Mass, the cardinal of Florence lights a fuse in the colombina with the Easter fire. It then speeds through the church to ignite the cart outside. During all of these stages, the bells of Giotto’s campanile ring out. 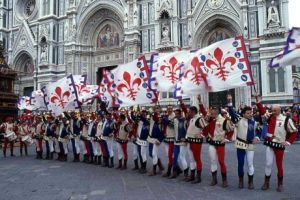 The complex fireworks show that follows lasts about 20 minutes. A successful display from the “Explosion of the Cart” is supposed to guarantee a good harvest, stable civic life, and good business. The event of the Scoppio del Carro has its origins in the First Crusade, when Europeans laid siege to the city of Jerusalem in a conflict to claim Palestine for Christianity. It became the practice for a “holy fire” to be struck from these flints at Eastertide, which was then carried throughout the city by groups of young men bearing torches. In time, this tradition evolved to something similar to what is seen today; a cart bearing a large candle was rolled through the city to the cathedral, from where the holy fire would be distributed. By the end of the 15th century, the Scoppio del Carro assumed its present form.