Tuscany through the history of the Pilgrims Paths 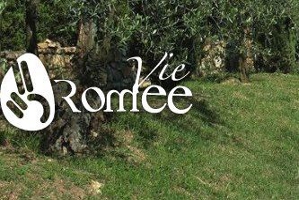 Vie Romee are the ancient paths of pilgrims traveling through the places symbol of Christianity in Rome and autumn is definitely the best season to take a walk through the history in a slow and sustainable way.

A network of paths crosses the county and the city of Florence and winds up to the provinces of Arezzo and Siena, passing through hills, countryside, villas, monasteries and centenarians monuments. From September 8 the Festival delle Vie Romee is underway to value and promote history and local taditions. The Festival organizes walking tours, based around specific themes (nature, history, art, food etc.), that can help you learn more about Florence and its historical surroundings. A very interesting tour was the Museo della Misericordia visit, occurred on the 20th of last October, where people studied the history of the Confraternities, the organizations which took care of pilgrims and controlled their entrance in the cities. The Festival will end on November 18 with a visit to the former Hospital of the Holy Spirit, a former hospice for pilgrims located in Florence, in the Oltrarno quarter. For more information, read the Festival program.

Take a glimpse into these destinations away from mass tourism locations and relax in the evening in your Ars Hotels savoring the lights and the night view of the city of the Renaissance.