Florence, you know, is very romantic all year long. Walking through its streets, enjoying a glass of wine and a cutting board in one of its squares or stopping for a picture on the iconic Ponte Vecchio, are activities that, in themselves, foster the intimacy, good humor and relaxation typical of couples in love .

And while hearts, decorations and gift ideas adorn the window shops of the city on a red scale designed to pay homage to “The love that moves the sun and the other stars”, we have drawn up an itinerary for you to make your stay even more romantic.

Santa Margherita dei Cerchi Church: it is here that Dante saw, as witnessed in the Vita Nuova, for the first time the eternal beloved Beatrice. A meeting and a place marked in everyone’s memory and, maybe because it doesn’t need further introduction, is a first stage which is worthwhile to pay a special tribute.

Ponte Vecchio. In 1216 the Florentine noble Buondelmonte de ‘Buondelmonti abandoned the young daughter of Lambertuccio Amidei on the altar of the Church of Santo Stefano al Ponte. He not only didn’t appear at the wedding, but he even had the nerve to enter the city passing from Por Santa Maria, right near the church where the young was waiting for him: an unacceptable offense, which the Amidei family decided to wash with blood . Buondelmonte was thus assassinated on Easter morning of the same year near the Ponte Vecchio while he was going to a new marriage with a woman from the Donati family. According to tradition, this gory episode was the spark that triggered the violent saga between Guelphs and Ghibellines, the two opposing factions that divided Florence for two centuries. 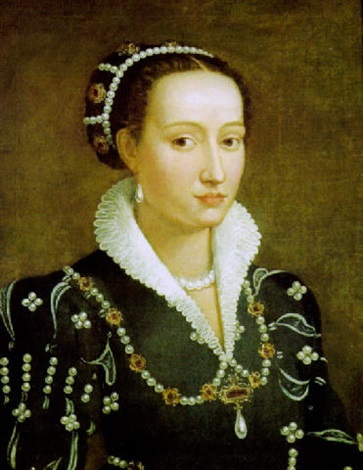 Oltrarno, Street Maggio 26. Here a building with a refined facade will capture you: the Bianca Cappello Palace. She was a woman of legendary beauty, who was lover and then wife of the Grand Duke of Tuscany Francesco I de ‘Medici. It was the Grand Duke who built this residence for her, in a place that was as close as possible to the palace of Palazzo Pitti. Both married, the two were caught by a passion that broke out in one of the most talked-abaut relations in the city, and which still today presents obscure and disturbing mysteries. The first concerns the departure of their respective spouses, both of whom died in unclear circumstances: Bianca’s husband was murdered in the street, while Giovanna D’Austria, legitimate wife of Francesco I, died in an accident in 1578. Giovanna’s death allowed the two to join in marriage. The idyll, however, was brief, because in 1587, after a dinner at the villa at Poggio a Caiano, the newlyweds were struck by tremendous fevers, and then both died after long days of agony. Mutual poisoning or deadly intoxication? 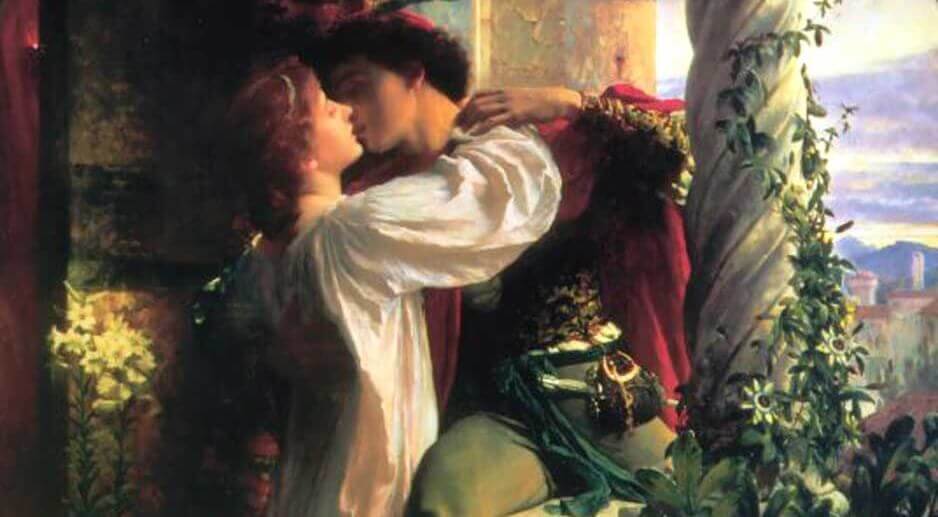 Santo Spirito. This was home of two famous Florentine families, the Bardi and Buondelmonti, united by a mutual mortal hatred, To these families belonged the young Dianora and Ippolito. When the young man saw her, during the festivities of San Giovanni, he fell in love immediately but as soon as he discovered his identity, the disease of love caught him: how could they ever celebrate their union? The two lovers therefore began a clandestine affair so that Dianora at night, took the habit of leaving the bedroom window open, to raise his beloved. One evening, however, Hippolytus was discovered by Guard officers and questioned because of his walking around with a rope ladder. The young man, in order not to undermine the girl’s honor, admitted that he was a thief and was thus condemned to death. His only last wish was to be able to pass, on the way to the gallows, under the Bardi’s house. His request was granted and Dianora, seeing him pass, rushed to confess the truth about the incident. All the people of the Holy Spirit were moved and the families finally consented to the marriage. 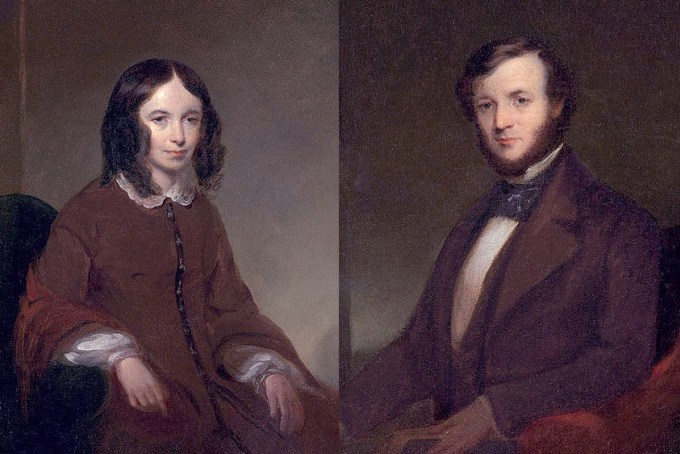 Casa Guidi, in Piazza San Felice is famous for being the home where the poetess Elizabeth Barrett and Robert Browning took shelter after having married against the opinion of their family. Became familiar with the local English community the two did not fail to be very busy from a political point of view. It was in these rooms that the author gave life to one of her most famous works: “Casa Guidi Windows” in which she talks about the fervent climate and the city’s movements, soon wishing for the Unity of Italy. 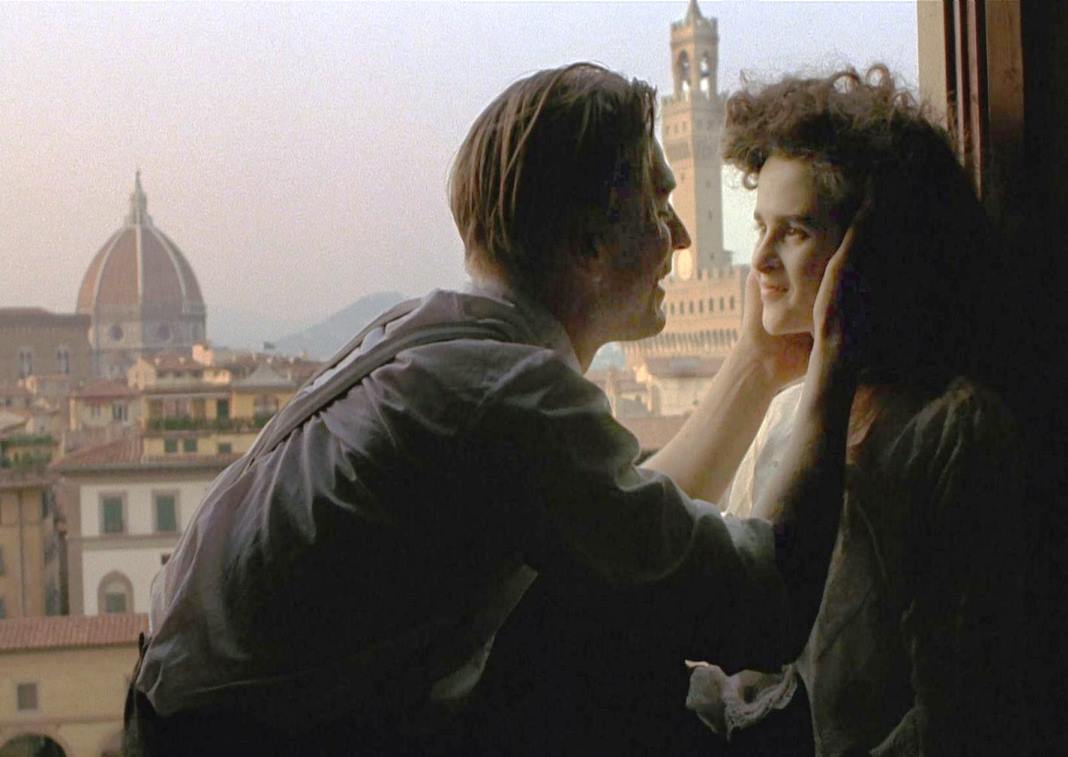 Walk along the Lungarni. The writer E.M. Forster in 1908 chose Florence as the setting for a novel that was an ironic enunciation of the Edwardian culture of the time. The cheerful ‘Camera con vista‘, to which the Lungarni are a romantic backdrop, was then directed by James Ivory in the homonym movie, winner of three Academy Awards, in 1985.

Even lovers of the most modern romantic tales have some juicy destination for their love pilgrimage. In 1982 white lilies dressed up the city of Lily for the wedding of the famous singer David Bowie with the top model Iman. Go the Anglican Church of St. Giacomo for a commemorative kiss.
And again in 2014 Forte Belvedere was the scene of one of the most talked about weddings of the new millennium, the one between the entrepreneur Kim Kardashian and the rapper Kanye West.