This is the translation of a famous nursery rhyme that every year, young and old, have fun singing under their breath, invoking the most craziest party.

The seed of the Carnival celebrations has deep roots, dating back to the ancient Greek Dionysian festivals and Roman saturnals. Such parties saw the realization of a temporary dissolution from social obligations and hierarchies leaving room for debauchery, order overturning and, above all, for jokes. 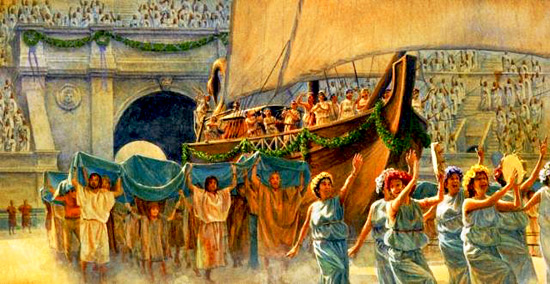 From an historical and religious point of view, the Carnival represented, therefore, a period of celebration but above all a symbolic renewal, thanks to which the chaos – favored by the wearing of a mask – replaced the established order. However, once the festive period ended, a new or renewed  order  was  guaranteed .. at least until the beginning of the following Carnival.

The traditional Tuscan thread is of ancient weaving as well and unrolls up to its undisputed protagonist: Stenterello.

Born in Florence and raised among a thousand difficulties – struggles, hence the name – is the symbol of the Florentine people always ready to joke despite his humble origins and the hard times. Although the shabby and disordered features, he knows how to be witty, wise and, thanks to his optimism, he always manages to get by. Created by the Florentine actor Luigi Del Buono in 1700, the mask is remembered today by a plaque affixed to n. 4 of Borgo Ognissanti, where it reads: “This palace, the Teatro Borgoggnisanti, is where Luigi Del Buono (1751 – 1832) created the mask of Stenterello, a popular Florentine prankster character, mocked and witty remained in the city memory “.

And it is right in Piazza Ognissanti that, even today, the tradition is kept high thanks to the little ones who will meet there, Saturday 2 March, starting from 2 p.m. Animation, games, sweets typical of Carnival, electric train, make-up for children and much more will animate your children’s afternoons. 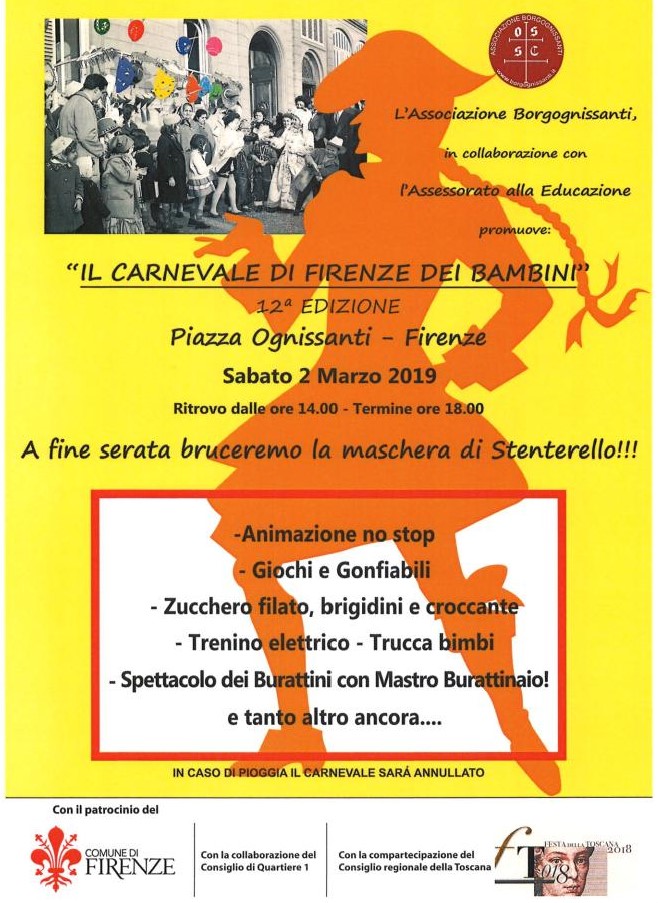 The event, organized by the Borgognissanti Association, aims to promote the values ​​of tradition and community, in an afternoon in which – by honoring the glories of the past – the social order will be overturned and even the adults will be able to return children again.

Within walking distance there are two important hotels in Florence such as Grand Hotel Adriatico and Rivoli Boutique Hotel that with their elegant and spacious family rooms are the ideal place to enjoy Carnival time.

And if you are in Florence for the weekend, do not miss the appointment at the Teatro di Cestello! Just a few steps from our hotels, on Sunday 3 March at 4 pm a classic of the Tuscan tradition is staged: the adventures of Pinocchio !! And after having entertained you on stage the Theater hosts a carnival party where the best mask will be awarded!