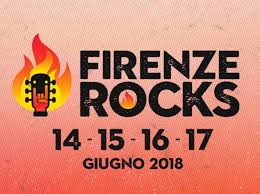 From June 14th to 17th the second edition of the most rock music festival in all of Tuscany is back, the Firenze Rocks festival in these four dates will host some of the world’s largest rock bands, the 14th begins with the Foo fighters wich will be proceded by The 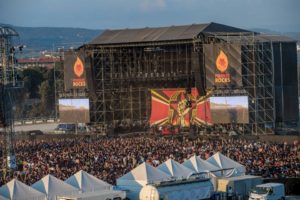 Kills , Wolf Alice, Frank Carte & The Rattlesnake, on the 15th there will be Guns N ‘ Roses in their only Italian date, also preceded by three other groups such as: Volbeat, Baroness and the pink slips, the 16 there are instead the Iron Maiden with Halloween, Jonathan Davis, Shinedowns.

They close the event on the 17th, for the joy of fans of metal and heavy metal Ozzy Ousborne accompanied by Judas Priest and the Avanged Sevenfold.

By bike: From the station of Florence- Piazza Santa Maria Novella – Piazza Goldoni – Lungarno Vespucci. The travel time will be 15 min.

In Tramway: From  Firenze Santa Maria Novella train station Take the tramway direction Scandicci-Villa Costanza and get off at the stop Cascine

By bus: from Firenze Santa Maria Novella train station take the ATAF line N. 17C direction Cascine and get off at the Cascine stop.