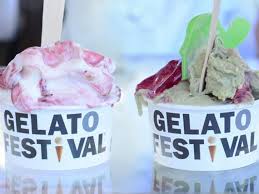 22 April, paving the way for the Gelato Festival World Master which will be held in 2021.

This in 2018 will be the ninth edition that just in 2010 had made its debut in that of Florence drawing inspiration from the first recipe of ice cream created in 1559 by architect Bernardo Buontalenti, the Festival, as well as in Florence, will make stops in various cities of Italy and Europe up to the United States, will be a popular jury and experts to decree the winners of each stage, all in the name of unpublished tastes presented from the artisan ice-cream makers who will compete.

To take part in the event and also have the opportunity to be part of the jury and decree the winner of this first stage of the Festival will need to buy the ticket in advance on www.eventbrite.it or at the entrance.