White and Blue, these are the colours for the final of the Calcio storico 2016

Despite the controversies that accompanied the tournament of Calcio Storico 2016, the president Michele Pierguidi is satisfied and also beaming, his words “Il calcio storico is taking off”. We hope that it will land in the best possible way! Especially for the calcianti (the players) that challenge with honour on the sandy soil of Santa Croce, overlooking the spectacular nature of some tackles and their related flights.

The first  game has seen, on Saturday 11th, the team Bianchi of Santo Spirito against the team Verdi of San Giovanni and the victory, for eight – five, was for the Bianchi; The only flaw was the brawl after the game, which also involved a famous Florentine journalist. The match, view in a technical key, brought out the figure of Fabrizio Valleri called as “Vallero”, better defined as the rising star of the Calcio storico fiorentino. 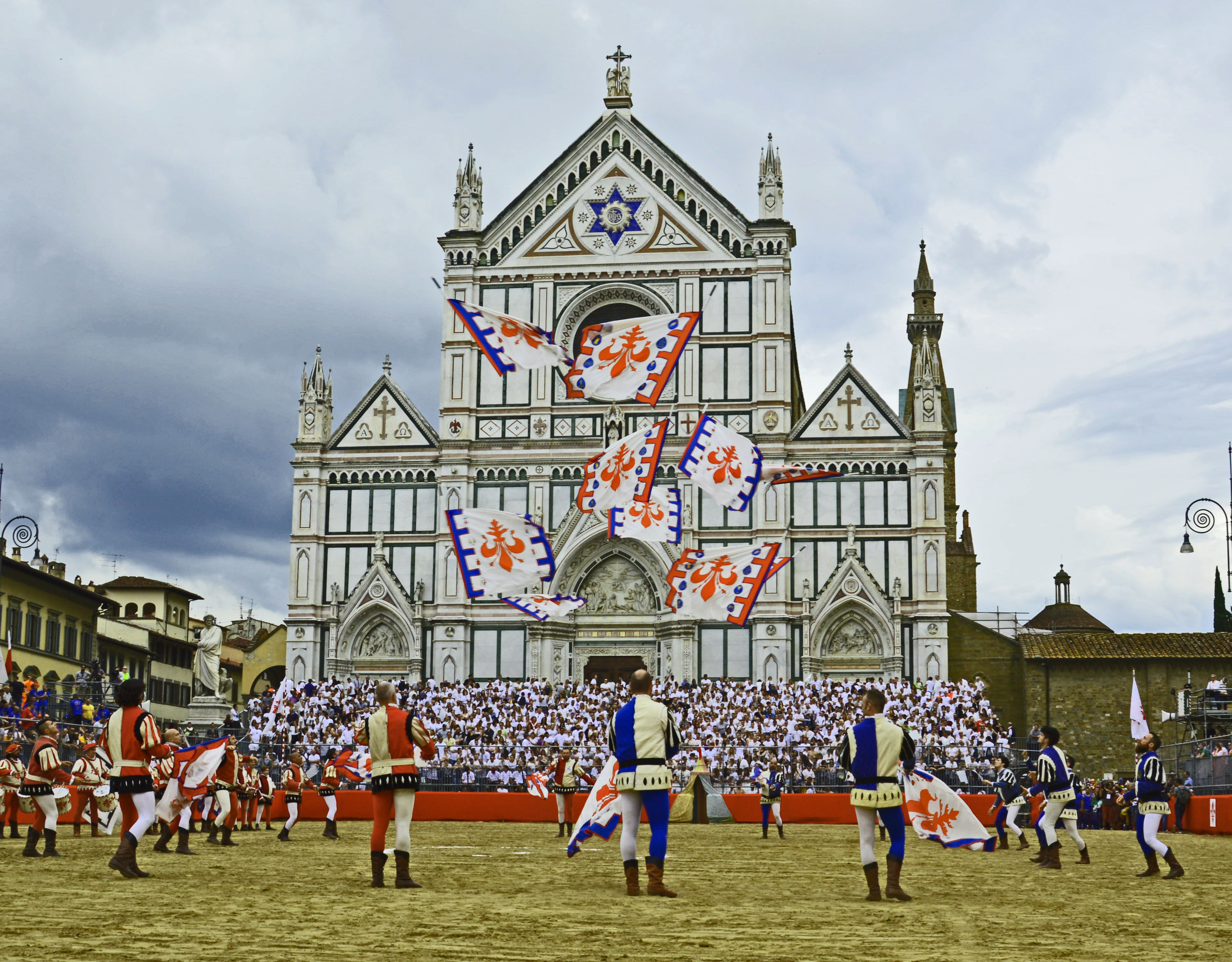 The first Magnifico Messere of the game, accompanied by the mayor Dario Nardella, was Luigi Brugnaro mayor of Venice, to whom it was donated as homage a scarf, memory of the Bandierai from Uffizi.

On Sunday 12th the team Blu of Santa Croce (winners for six and a half) fighted against the Rossi of Santa Maria Novella.
Magnifico Messere of the day was the rugby champion Martin Castrogiovanni along with the likeable and four-time world gold medalist Nicole Orlando, champion of athletics with down syndrome, perfectly at ease beside the Florentine Madonnas.

Exciting wait for the final match on the 24th June, the day of S. Giovanni and its fochi (fireworks), that will close the festivities and the tournament highly anticipated by the Florentines and appreciated by foreign guests. Magnifico Messere of the final will be the actor Pierfrancesco Favino.
Santa Croce, once again, is consecrated as the square of Calcio Storico, where the fans are faced with banners, smoke bombs, improvised fireworks and the inevitable chants against their rivals.

The sale of the tickets for the 2016 final tournament of S. Giovanni will be between the Bianchi from Santo Spirito and the Blu of Santa Croce at 12.00 pm; You can purchase the tickets only at Boxoffice Tuscany, while the online sale will start Monday, June 20th at 12.00 pm.