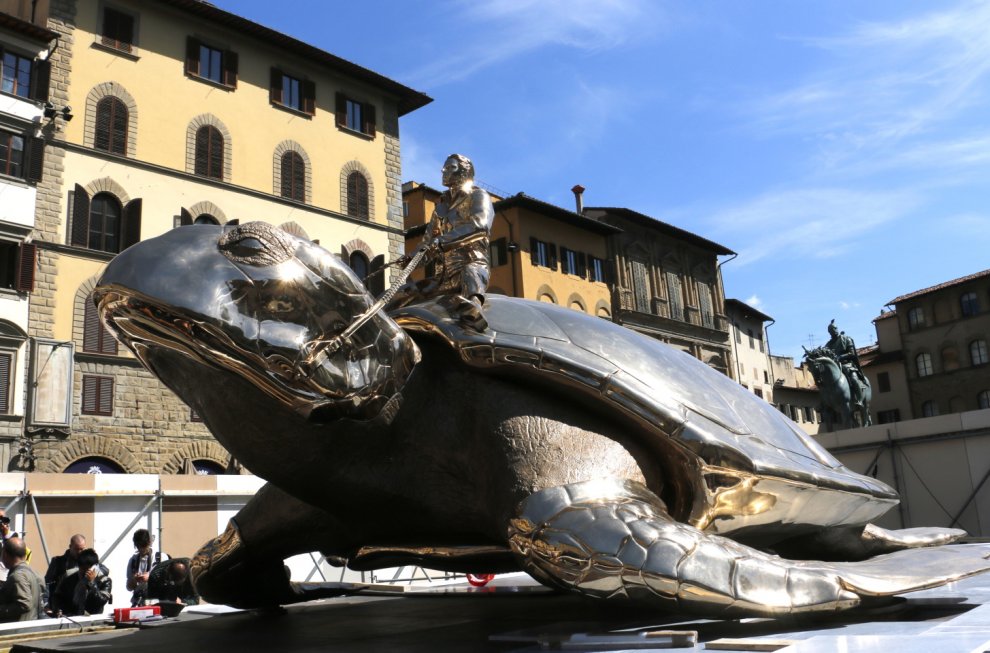 April 14th 2016, in a quiet spring evening, a giant turtle invaded Piazza della Signoria in Florence. This giant bronze, located near the equestrian statue of Cosimo I, is one of the extravagant works of Jan Fabre called “Searching for Utopia”. Florence has in fact opened the exhibition “Spiritual guards”, curated by Melanie Rossi and Joanna De Vos under the artistic direction of Sergio Risaliti, in Palazzo Vecchio on 15th April 2016 but widened in Forte Belvedere from 14th May 2016. Born in Antwerp in 1958, Fabre has created the bronze turtle with over it a man, himself, that rides it. 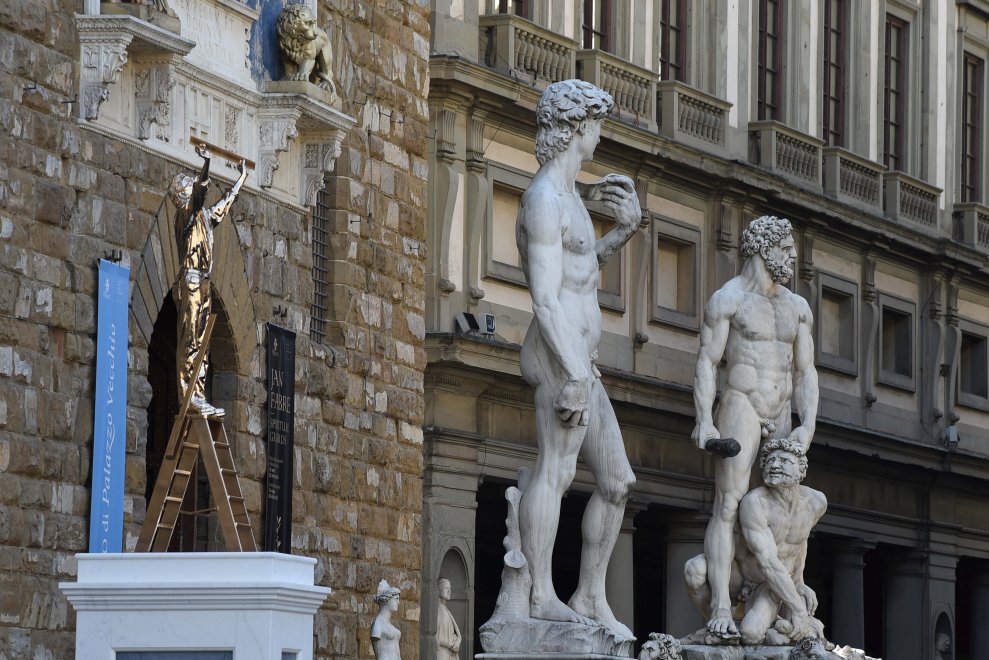 In addition to the work cited above, uniqueness of this artist will be visible in the next few days, when Jan Fabre himself will crawl like a “worm” between the works of the Renaissance. This performance will be filmed and later shown and played in the second Florentine location of his solo exhibition. Not only the largest turtle in the square of Signoria,  another Belgian artist’s self-portrait is exhibited on the facade of the Palazzo Vecchio, “The man who measures the clouds” represents himself as a guardian of earth and sky, between natural forces and spirit.

The seven sculptures, located in the various rooms of the Palazzo Vecchio, have in common beetles and bugs, seen by the eccentric Fabre as a metaphor of the body and human existence, reflection of change and metamorphosis but it does not end here..next month, in fact, more than sixty works in bronze and wax in addition to movies, self-portraits and bronze beetles will invade lookout points and the ramparts of the Forte Belvedere. 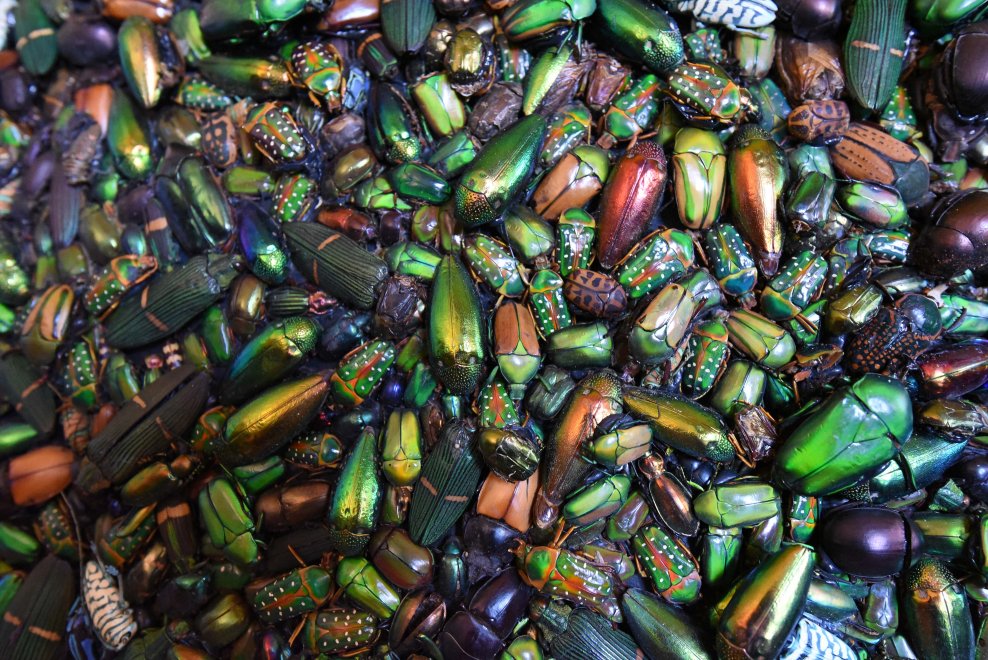 To discover the monumental globe (2.50 m in diameter) covered entirely by beetles and the other original works of the talented Belgian, Palazzo Vecchio will be open from 9 am to 11 pm (every day except Thursday from 9 am to 2 pm) while the cost of the ticket is 10 € (exhibition + museum) and 8 € for the reduced one.