Appointment with the Easter tradition: The Explosion of the Cart 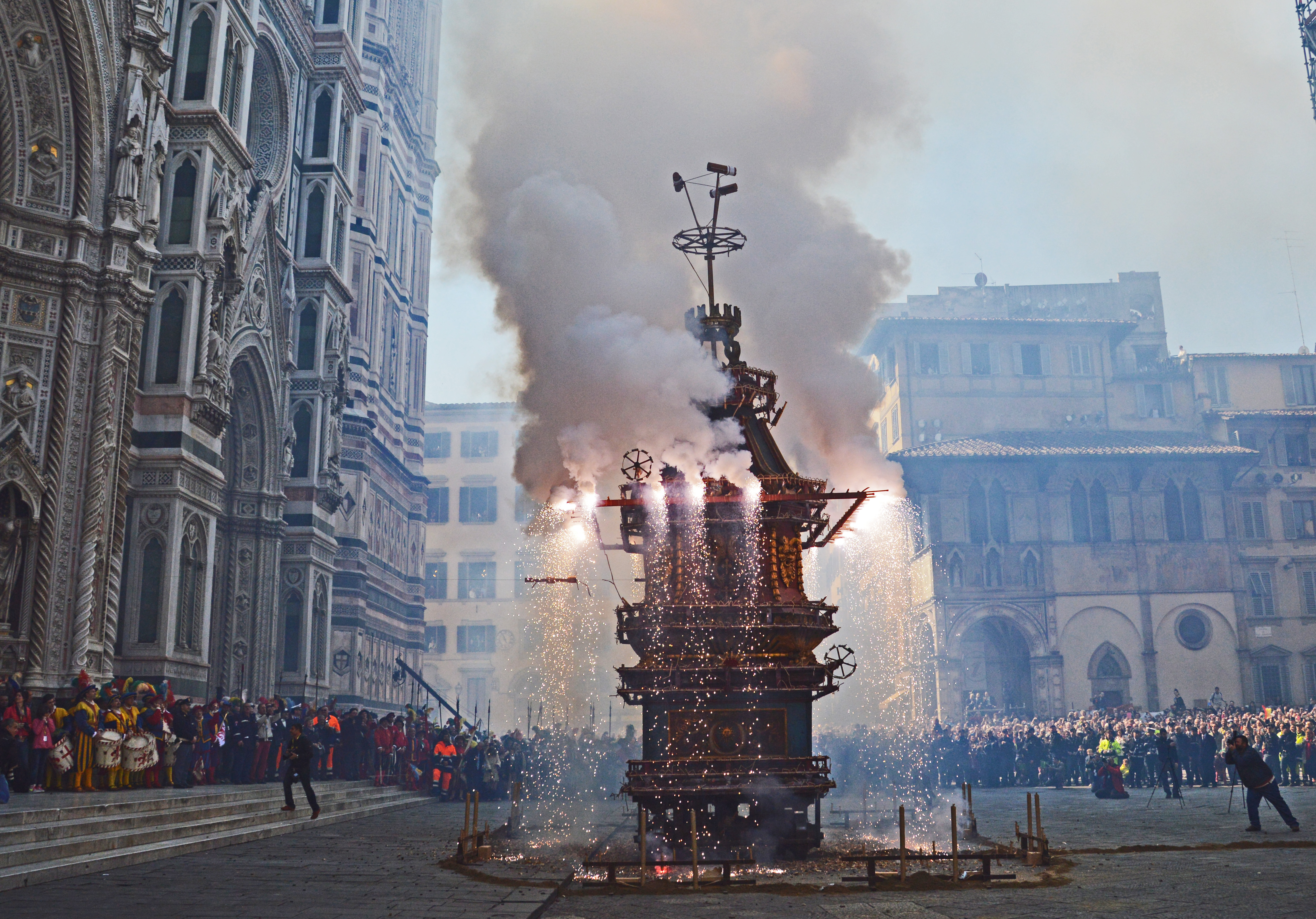 A large door located on Via del Prato, caught between ancient palaces, hides the  Easter Cart, the one that on Easter morning is slowly pull by four pairs of oxen until arriving in front of the Duomo of Florence; Here, to the delight of young and old people Florentines and tourists, it consumes the secular ritual of its lighting. This year, the traditional event is held on March 27th.

The fire that lights the fuse of the dove (“Colombina”) is taken by some stone flakes that the tradition wants to be part of the Holy Sepulchre of Jesus Christ. The Colombina will go along the way from the main altar until the cart, set it on fire, then go along the backward path, as give good auspicious meaning for the crops of the current year.

The Cart is a curious wooden tower, rebuilt and restored several times over the centuries.
You have to know that the tradition dates back to the times of a certain Pazzino de Pazzi, a Florentine rider that climbed for the first time on the walls of the Holy Jerusalem and received as gift the flakes of the Holy Sepulchre. Returning to Florence he was acclaimed by all the people for the precious trophy that he took back in town. After that, he started the traditional lighting of a sacred fire to be kept during the year in the houses of the city; From afar 1101, centuries and centuries ago.

Today this event, halfway between the sacred and the profane, is loved and followed by the people of Florence. In the square, this awaited moment, is marked by the drums of the Historical Parade of the Florentine Republic lined up with its colors, weapons, clothes, feathers and flags. 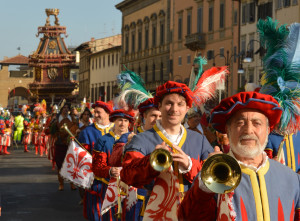 Before the arrival of the Cart, the Bandierai of the Uffizi perform with flags and other special stunts accompanied by drummers, then the procession finally directs, between the cheerful crowd, to Piazza Duomo.

At 10 am, another awaited ritual takes place: the drawing lots of the teams for the next tournament of Calcio Storico Fiorentino. From a red velvet bag, the balls with the colors of the four historic districts of Florence are extracted. These teams will compete in June, in the tournament of the Calcio Storico on the popular “sabbione” in Piazza Santa Croce. 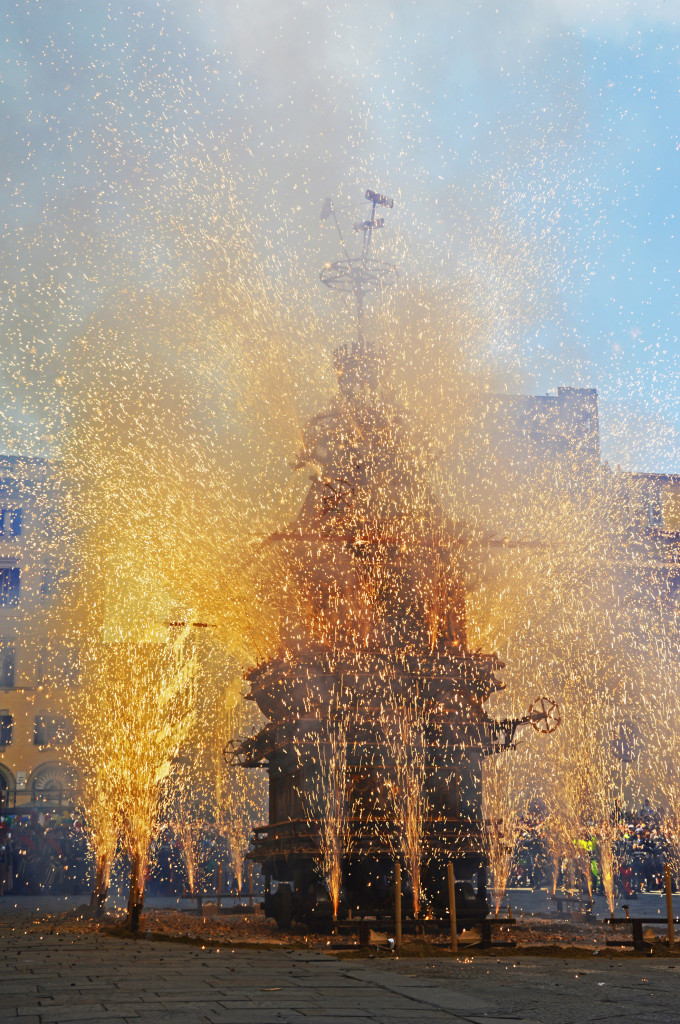 Suddenly, while all the people try to make the most beautiful photos and the smoke turns the sky in a colorful fog, a triumph of fireworks surrounds the whole square ending up with minutes of eternal light and thunderous bursts.

During the final, the flags with the symbol of Florence, of the family of the Pazzi and of Art of Lana are unrolled. This indicates the end and the birds that can finally relax.