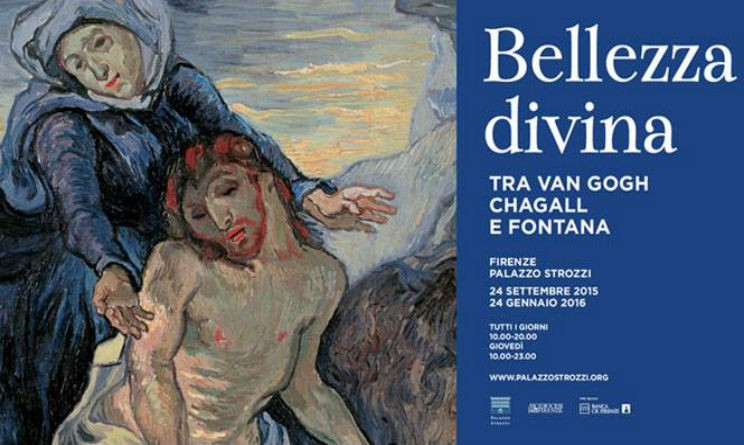 It’s arrived in Florence at Palazzo Strozzi until the 24th Jannuary 2016, one of the finest art exhibition dedicated to reflection on the relationship between art and religion from the middle 19th to the middle 20th century.

The exhibition examines a century of modern religious art, miving from Morelli’s Realistic paintings to Vedova’s informal art, from Previati’s Divisionism to Redon’s Symbolism up to Much’s Expressionism and the experimentation of Futurism.

Divine Beauty is an extraordinary opportunity for comparison about famous works studied by a new point of view.

The most important protagonists works of this exhibition are the “Angelus” by Jean-François Millet, the “Pietà” by Vincent Van Gogh, the “Crocifissione” by Renato Guttuso and the “Crocifissione Bianca” by Marc Chagall.

The exhibition is a collaboration of the Fondazione Palazzo Strozzi with the Roman Catholic Archdiocese of Florence, State Museums of Florence and the Vatican Museums.

The ticket office closes one hours before closing.