Halloween In the World

When the Irish arrived in America brought with them this legend, that had no trouble to diffuse.

If Italy has inherited the traditional of carving pumpkins and place candles inside, to go masked and organize theme dinners, as also happens in Canada, Scotland, Ireland, Britain and United States, there are several variations that instead characterize Halloween celebrations to other latitudes.

In Singapore, the “Festival of the Hungry Ghosts” is in September, when is celebrated the acquittal of the deads souls, while it slides to the 18th October in Mexico, when people begin welcome the deads, who didn’t have the time to confess, with songs, meals and drinks until the 30th November, the evening of the 30th October, men build arches of flowers and feast on the graves to be reunited with their loved ones. In Guatemala the occasion of the Deads Feast is the right one to prepare the traditional dish called “Fiambre“, salty and very spicy, which can contain till 50 different ingredients.

In China, the tradition of celebrating deads falls in April, and families visit the graves of loved ones to embellish them, clean them and sitt them with food, tea and wine that are eaten at the end of the ritual like a sort of picnic. Also in Japan special food is prepared everywhere are hanging up red lanterns and freeing up some of them that float in the rivers or in the seas. 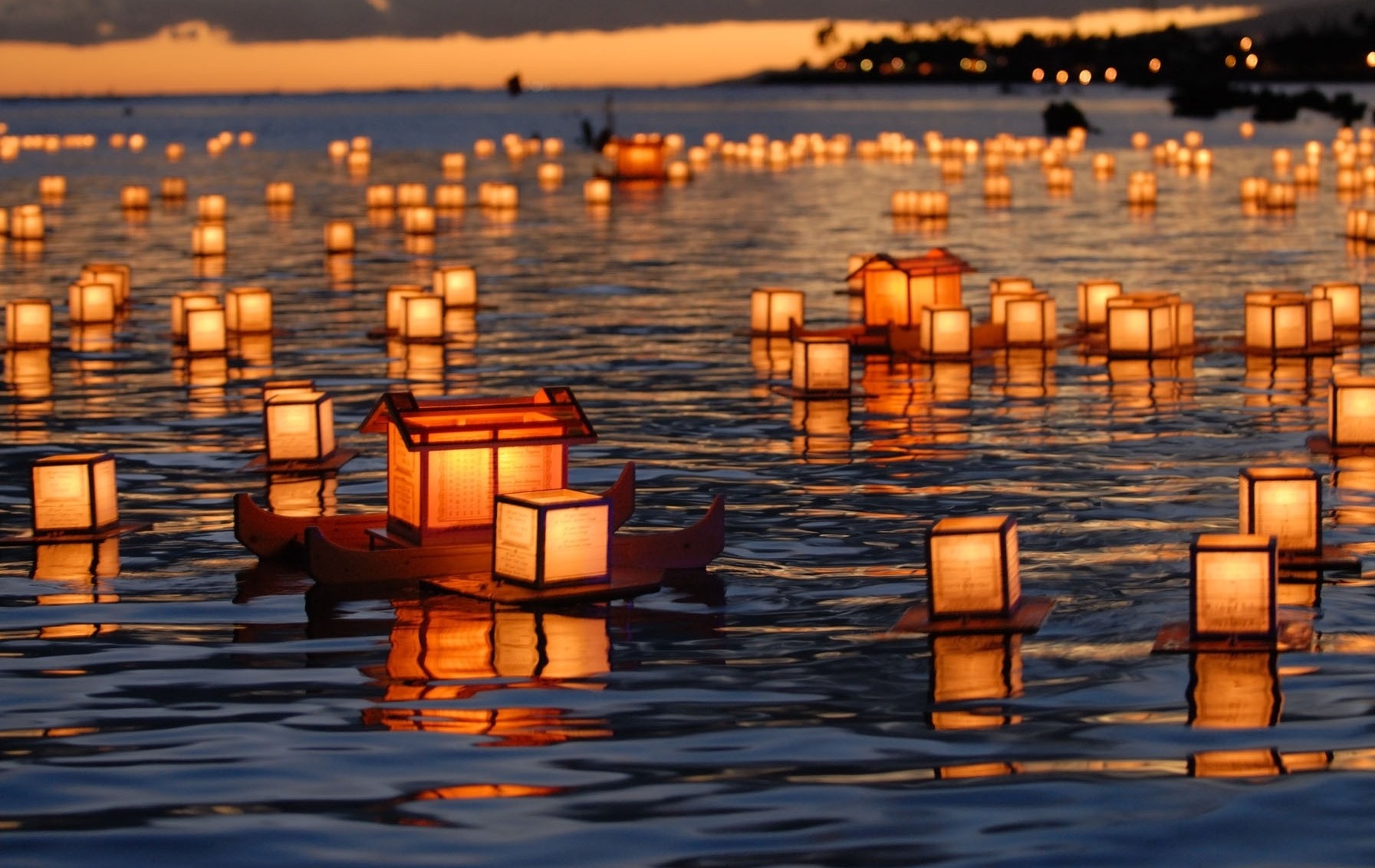 In Central and South America, Halloween is celebrated by put in order the graves of deceased relatives, decorating them with flowers, candys or toys, in case the dead is a child. It is also used to set up the altars of the dead in the home, decorate them with a cross, an image of the dead relative, a bow and incense. Moving just across the Italian border, Austria celebrates Halloween night putting bread on the table ad a sign of welcome to the deads, while in Germany the knives are put away in secure locations to avoid the deads souls can hurt themselves. In Slovakia there is the curious custom to putting so many chairs by the fireplace as there are the members of the family, adding more places for the deceased relatives. In Belgium it is commemorated with many lighted candles.

The feast is particularly strong in Sweden, where it lasts until the first Saturday of November, but without pumpkins, zombies, witches and spiteful spirits: tradition says that people have to wait sunset time to go to the cemetery and lay wreaths interlaced with pine branches and to light a candle.