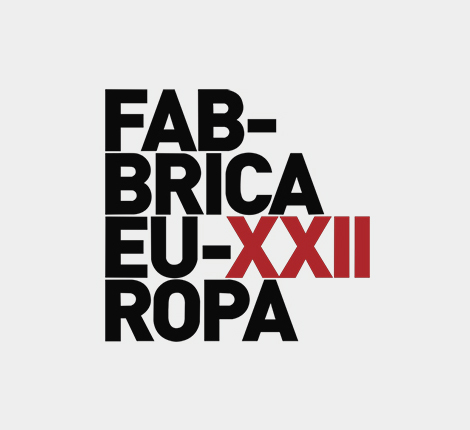 The 22nd edition of the Festival Fabbrica Europa opened in  Florence on the 7th of May and will last till the 3rd of July.
It’s been 20 years sicne the Foundation Fabbrica Europa organised  the first edition of the Festival. The Event is full of dancing shows,  theatre and musical performances, a mix of arts that turns the  Leopolda Station is a meeting point, where minds are educated in  a  multicultural and international environment.

The offical website explains the XXII edition of the Festival as “an  immersion in a multitude of creative universes, both physical and  cultural. Dance, Theatre, Music express unconventional states of the  contemporary, tracing simultaneous project lines through  innovative proposals enabling a polyphony of voices to emerge. Not  an accumulation of signs, but the need to implant relations that give  rise to new meanings.“

The programme is really rich of highly estimated events, here is a  list to inform you of some of them:

The work is a reflection on the modes and meanings of oracular and divinatory messages. It investigates their exactitude and ambiguity, their ability to communicate and confuse, interpreting their compositional potential by constantly changing bodily states and shuffling their sequences to create signs.

This new project on Ravel’s most famous work is a choreographic object that sets out from the explicit premise that theBolero is the world’s most popular orchestral score, a piece of music known and recognized by all.Given this point of departure, it is possible to achieve a body condition in “maximum aperture”, to force the enchanting sinuosity of the trajectory of an excited mass, to practice bodily turbulence attempting to break up the picture of composure. But what in fact is a Bolero? It is like a desert island, far away from the continents. An extended expressive field, a gesture of enrolment in the world.

Two dancers perform twenty movement sequences whilst traveling forward over a narrow path, from one end to the next, where they make U-turn and continue in the opposite direction. Meanwhile, the path shifts 400 degrees around the space, progressively and clockwise. Whilst the paths move, the dance shifts trajectory and choreography bows its patterns. One arc after the next, turn after twist, dancing circumnavigates a circuit.

Suite for vibraphone, glockenspiel, drum, woodblock, cowbell, objects. As in a cubist painting, Pasquale Mirra offers a suite with a two-dimensional form.

Unusual compositions alternate with structural and free improvisation, in a changing and and unpredictable way, as built by many fragments and “forms” disconnected from each other, but that show the different sides observed from several points of view.

Pasquale Mirra is one of the most interesting vibraphonists of Italian and international scene. He has collaborated and collaborates with great improvisers of the world stage, including: Michel Portal, Fred Frith, Nicole Mitchell, Tristan Honsinger, Ernst Rijseger, Rob Mazurek, Ballaké Sissoko, Buch Morris, Lansiné Kouyaté, Jeff Parker, Michael Blake and many others .

Unità di Sonorizzazione is a musical performance simulating an assembly line; it is a re-elaboration of the performance created to make the film “Unità di Produzione Musicale”.

The project is based on the idea of experimentally reformulating a musical genre and the musician’s craft, simulating a means of musical production based on assembly line labour with all its features of mechanical routine.

During the performance 24 musician/workmen divided into teams will produce music, working in pre-arranged shifts: eight will sit at a table and for 7 minutes will write a score based on the video shown on the monitor in front of them. These scores will then be played by eight other performers, seated in front of music stands, to add a soundtrack to the video to be projected for the audience.
Three overseers will dictate the times of the shifts, mixing the various performers between the writing and playing sessions and giving out the scores to the various participants according to a pre-arranged plan.
This shift cycle will continue for an overall time of two hours.

During the shift strict rules will be in place – no smoking, no alcohol, silence among those musicians momentarily not working – and the overseers will ensure these are respected.
A supervisory, quality-control figure will also be present, having the discretion, as the work progresses, to manage and direct the sound-adding processes and orientate the writing sessions. The projections will be coordinated by the two workers responsible who will ensure that projection times coincide with the shift times of the performance.

Boubacar Traoré, also known as “Kar Kar”, is the most influential pioneer of Malian modern music.
Self-taught musician, he began to compose at an early age, influenced by American blues and kassonké, a traditional music style from the northwest region of Mali (Kayes).
Boubacar Traoré was the subject of the 2001 film Je chanterai pour toi. His story is also told in the book Mali Blues by Lieve Joris.
In the early 1960s, Mali won its independence and Malian people awoke each morning to the sound of Kar Kar’s melancholic voice on the radio which sang of independence. Every person in Mali from his generation remembers having danced to his hits “Kar Kar Madison” and “Mali Twist”.
During his career Boubacar Troré has worked with the most important Malian musicians: from Toumani Diabaté to Keletigui Diabaté and Rokia Traoré, to the star Ali Farka Touré.

This concert is a unique opportunity to see live a true living legend of African music, presenting his new CD “Mbalimaou” (Lusafrica), with the outstanding support of Vincent Bucher (harmonica) and Babah Koné (calabasse).

The Festival au Désert has become in recent years a special moment of encounter between cultures and for Florence an opportunity to show the profound social dimension, made of opening and feel of sharing.
After the concert of Boubacar Traoré at Stazione Leopolda, the Festival arrives at the heart of the city, in the space of Le Murate, with guests from around the world.

Among the protagonists confirmed for the two-day event: Greg Cohen (USA), the bassist of Tom Waits and John Zorn, the balafon virtuoso Aly Keita (Mali), the charming and talented singer Awa Ly (France/Senegal), the Sicilian percussionistAlfio Antico (Italy), the drummer and director of the Festival Gnawa of Essaouira Karim Ziad (France/Algeria), the cellistVincent Segal (France) and the Gwana musician and singer  Hamid El Kasri (Morocco).

With the support of Fondazione Nuovi Mecenati.

What does it mean to be an emigrant twice? Will I find the right place to live? Does it exist the right place? Artwork as experience of life: Life as art: Art as job?

Is beauty conditioned by one’s historical background, by one’s childhood roots? In which terms can we talk of identity, belonging and roots, today, in the ’10s of this twenty-first century? What differentiates us, if anything does, from the previous centuries and modernity? And in what measure can we play today with our identity, an ontologically complex and fractal entity, to put in dialogue with past and future, reinventing it as we like? Are there privileges that allow us to do it with more or less freedom? What are they? As a European citizen, am I perhaps freer than my brother?
What is the relationship between citizenship, freedom and imagination?

Italian-Albanian choreographer Glen Çaçi decides to articulate these and other questions. As a new European citizen, he explores his Albanian roots with his brother, who also emigrated to Europe in the ’90s, and who has been missing from Albania for sixteen years but is still awaiting Spanish citizenship.
They both, from different point of views and conditions, confront each other on stage through their memories of Albania, a pre-globalization Albania lived during their childhood and adolescence; an Albania that they therefore reinvent by necessity on an imaginative-mnemonic level through their current perspectives.

KK is a political-performative reflexion on territorial property and cultural identity, filtered through a dry and stinging irony; a contemporary choreographic translation of the aesthetics of a post-communist childhood.

The Living Room – directed by Thomas Richards – develops as a constant research on the potentialities of the actor’s craft and on the way in which they can be enriched by the reality of our daily interpersonal relations. The Living Room takes us home, to a place in which we welcome another. The spectator is invited to a small domestic banquet where they can shed their anonymity, becoming a guest. During this encounter a performative event unfolds, structured and precise, a living stream of actions based on work with songs of tradition, as well as texts that explore what it takes to awaken faced to oneself, faced to another, and the world.

To have more infos or the calendar you can check the official website.