The 24th of June, on the occasion its patron saint San Giovanni, the city  of Florence will organize various events not to be missed.

Celebrations will start with the Saint Mass in Duomo, then the offering of the church candle, according to tradition, followed by the historic parade, which will touch the most significant monuments and buildings of the city. 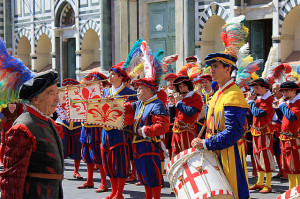 In the afternoon, the final of Calcio in Costume, also said “calcio storico”, will take place in Piazza Santa Croce. This is a traditional game, that it is seen as the ancestor of the modern football. 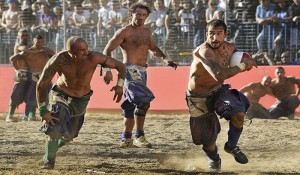 At 10 pm, you cannot lose “I fochi di San Giovanni”, a pyrotechnical show which, every year, illuminates the city center, creating beautiful tricks of the light. 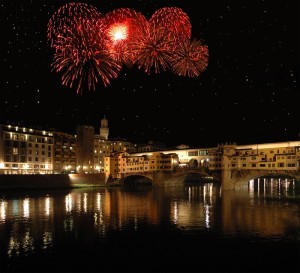 During the event, stands and markets will be staged in the city center.