The cats Red Carpet in Florence 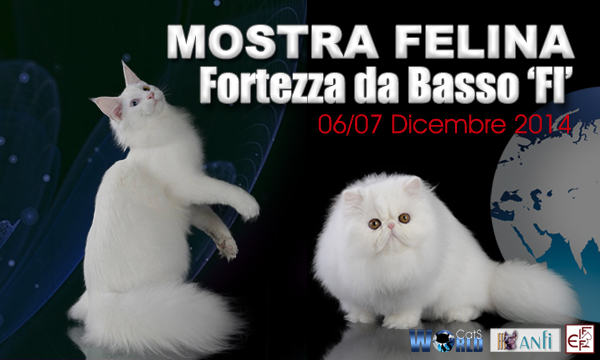 Fifth edition of the trade fair for lovers cat lovers and all those who raise samples feline beauty of the world and that on 6 and 7 December will participate at the International Feline Florence organized at the Fortezza da Basso from Worldcats. The event, definitely out of the ordinary in Italy, but appreciated and spread abroad, will gather in our city beautiful and rare specimens of several breeds that are normally impossible to admire.

It was estimated that more than 500 cats, with their owners, will arrive in the city from all over Italy but also from Switzerland, Poland, Austria, Spain and France to participate in these international championships and European Beauty. Among the races that you can not fail to admire the famous Carthusian (cats monasteries French Chartreux), the Russian Blue (cats Tsars), the Bengal (with the fabulous leopard coat) the Sphinx (cats naked, hairless ), the Maine Coons (American giants) and even the Norwegian Forest, the Ragdolls, Persians, Exotics, the Siamese and Orientals, plus some cute and cuddly house cats, which will be devoted to a special race. 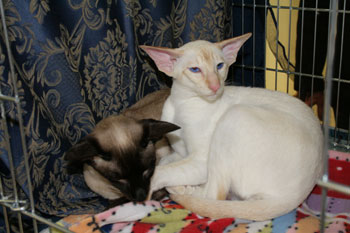 One of the races on the program will be devoted to Birman, also called cats with gloves for their white feet, while Sunday will be the turn of the British, the noble cats of the English court. Visitors will be able to see and applaud the specimens will parade on stage. The “Main Sponsor Trainer” and the Organizing Committee will award the trophy custom White Persian, Persian Brown, the Exotic Black, the Russian Blue, the Norwegian, the British and the Birman, who participated in the October cat show in Prague, winning the title of World Champions “World Winner 2014” in their category, taking the honor of the Italian flag. 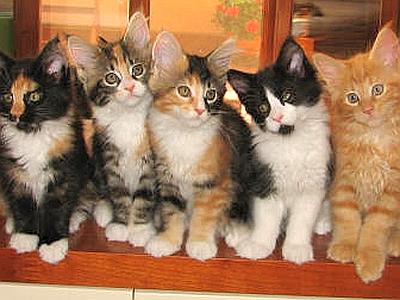 The program is also added to the Best in Show, during which will be chosen the best actors and three winners in the categories Best Adult, Best Puppy, Best Neuter. Winners glory, gold medals, trophies, rosettes and of course tasty biscuits. Nine international judges will judge the cats according to world standards of race, set by Fife –  Internationale Féline Fédération, to which the Anfi – Italian National Feline Association is affiliated and under the aegis of which is held the event.

To be noted that along with the cat exhibitions will present promotional stands of cat food, at which you can pick up many free samples to whet the appetite of their heroes.

It will be a show funny and different to see, instructive for small and interesting for adults, not only for fans of the sector involvement.