Hidden treasures: the chapel of the Holy Sepulchre or Rucellai chapel 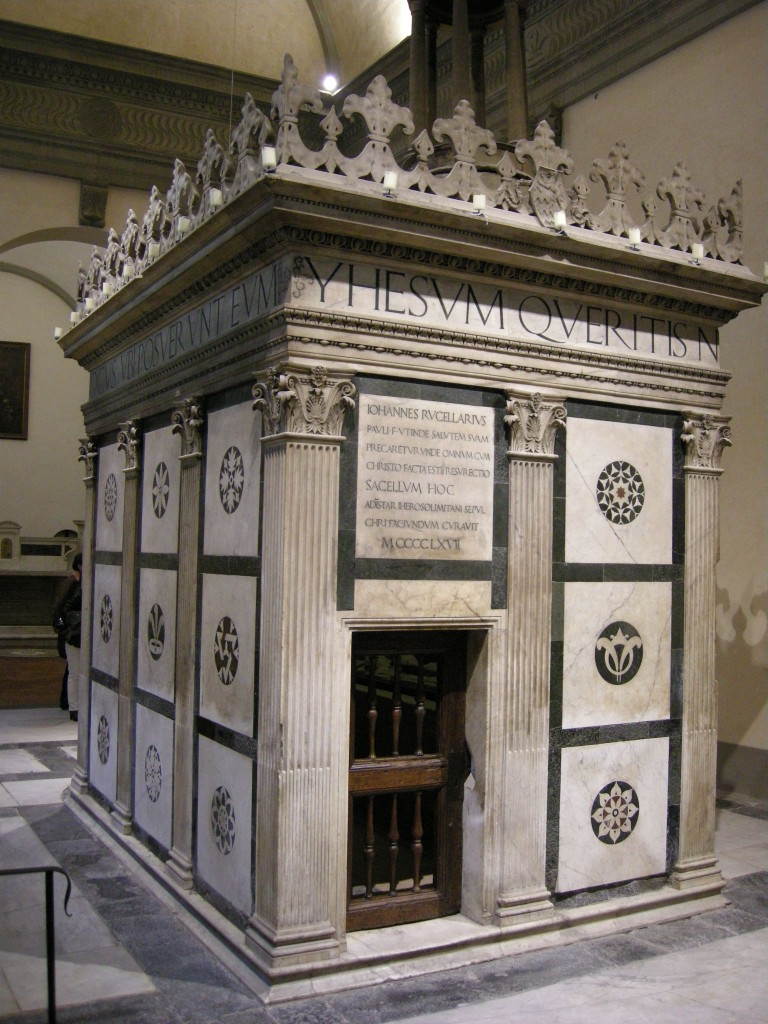 The Rucellai chapel is a hidden masterpiece created in 1467 as a scale copy of the Holy Sepulchre of Jerusalem; the temple of Leon Battista Alberti is known to scholars of art from around the world, but almost unknown in Florence. Do you think that in 1808 the chapel was separated from the nearby church of San Pancrazio, what is now the Museo Marino Marini was deconsecrated and turned to the Napoleonic edict, in a room of extraction of the imperial lottery of France. The passage connecting with the chapel was walled and the chapel, which continued to be consecrated to the cult, was built a new entrance on Via della Spada. 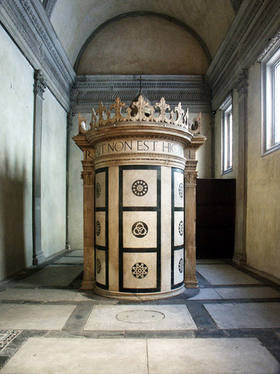 The interior is accessible by a door very low, and is decorated with two frescoes by Giovanni da Pindemonte, a Dead Christ Supported by Angels and Resurrection. On the sarcophagus there is a statue of Christ lying. The particular building is locked inside another structure is covered in marble bichromatic with a sober but highly elegant tiles of green and white marble with decorative motifs each one different. In the temple is buried Giovanni Rucellai. 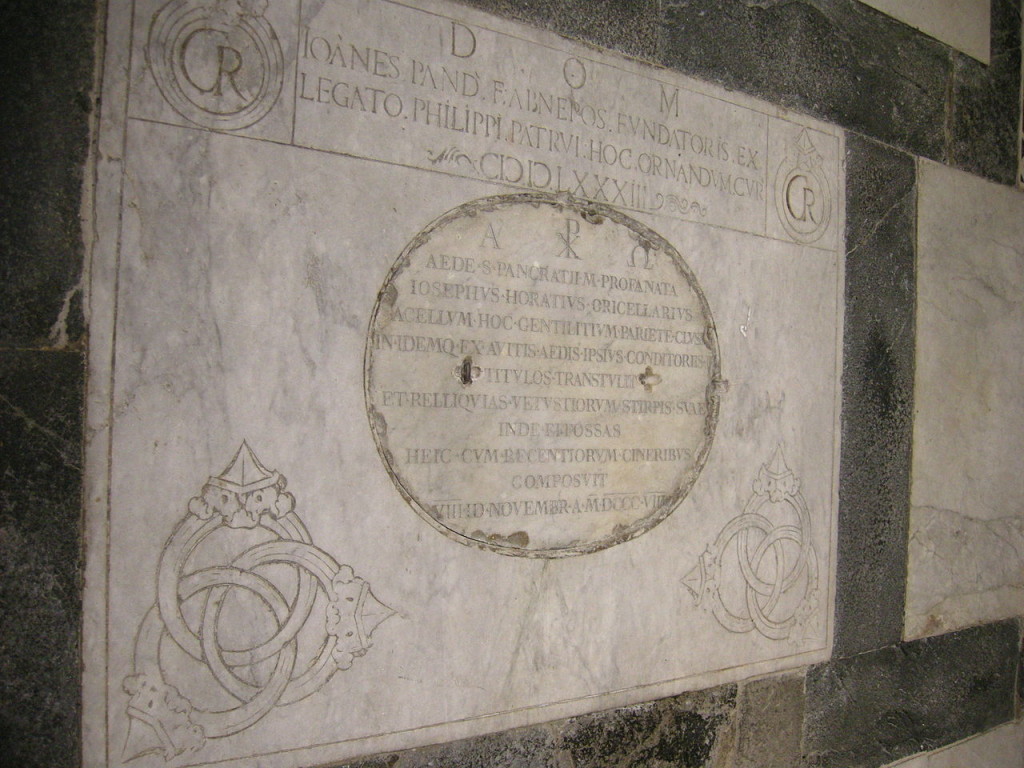