Florentia: the lily and Marzocco symbols of the city 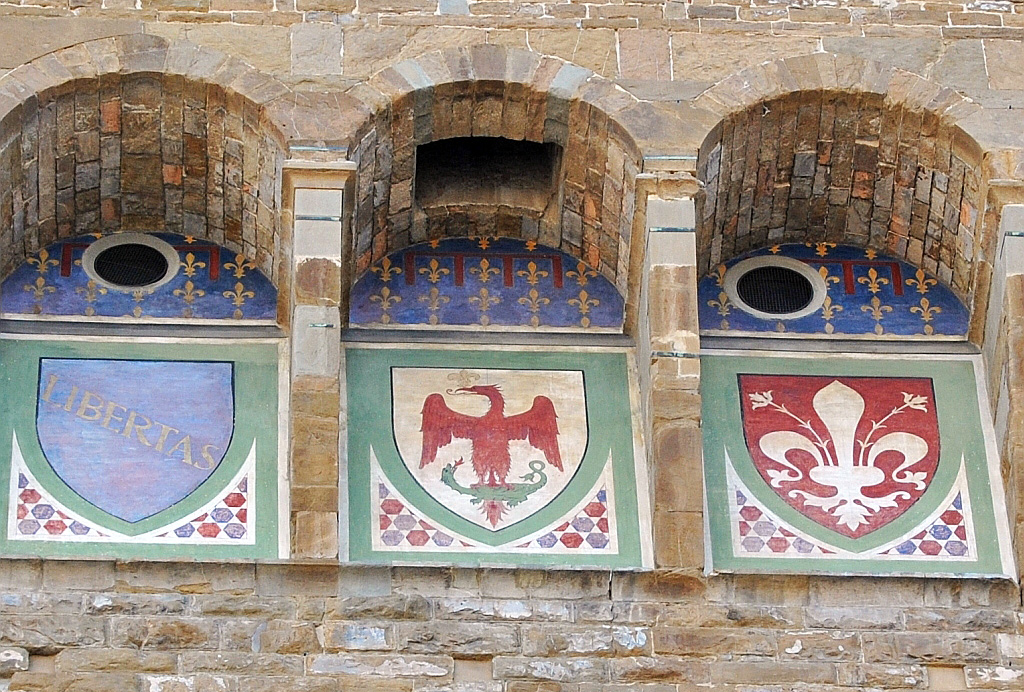 Florentia was the name of the ancient  Florence in roman time; the emblem of Florence is a red lily, the representation of which derives from the Florentine iris, a white or  pale blue  flower that was very common in the local area. Other  historians say it derives from the broom, another very common plant in the hills  around the town; if we look at the petals are similar to those of the city coat of arms.At the time when Florence was a free comune, in XII century, the city’s emblem was white on a red ground, but following the conflict between the Guelphs and Ghibellines the colours were inverted, resulting in a red lily on a white ground. The emblem has remained virtually unaltered down the ages and the city council still uses it today. 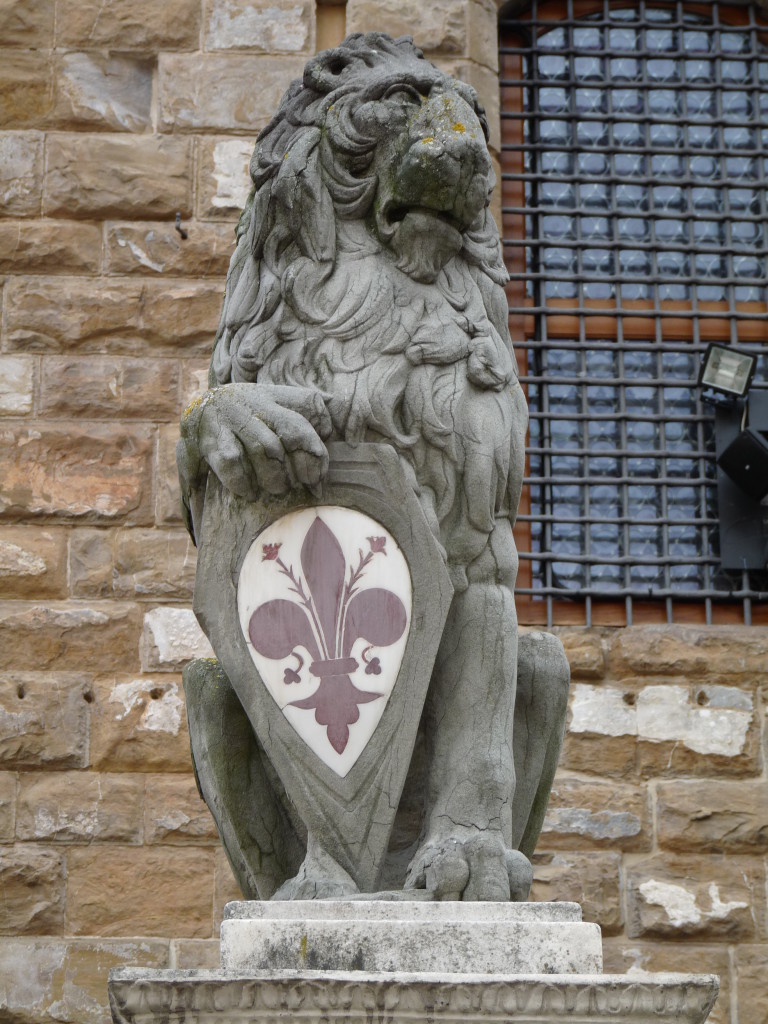 One of the oldest symbols of the city is the Marzocco, a seated lion with the emblem of Florence resting on its paw. His statue can be seen in the square of the Signoria.The name derives from Mars, the very first symbol of Florentia, which was then replaced by the lion. One little-known curiosity is that live lions were once kept in cages behind Palazzo Comunale, in the street that is still known as Via dei Leoni today. These animals were maintained by the city and admired by all as a symbol of freedom. 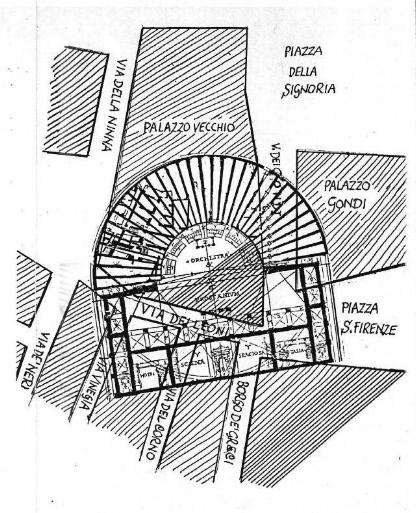 We must remember that Florentia, Roman Florence, occupied a quadrilateral area delimited by the modern-day Via Cerretani-Piazza Duomo to the north, Via del Proconsolo to the east, Piazza della Signoria-Via delle Terme to the south and Via dei Tornabuoni to the west. The two main streets, the decumanus (east-west) and the cardo (north-south) intersected more or less at the point where Piazza della Repubblica is situated today. The column in the piazza is topped by a statue of Abundance, an 18th-century copy of an original work,  irreversibly damaged by the ravages of time, by Donatello. The current piazza, built in the 19th century, is on the spot once occupied by the Roman Forum.

During the next Unesco Forum, that starting today, will be possible to visit the new excavations of a Roman theater that is located under the Palazzo Vecchio. 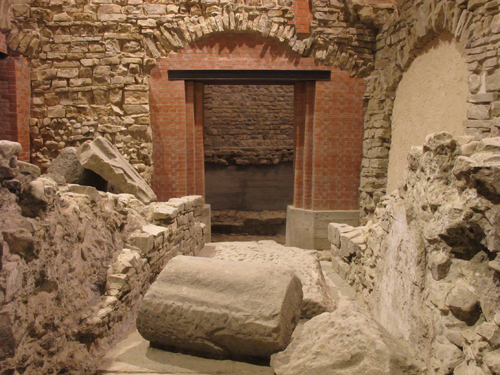