The Silk Road in Florence 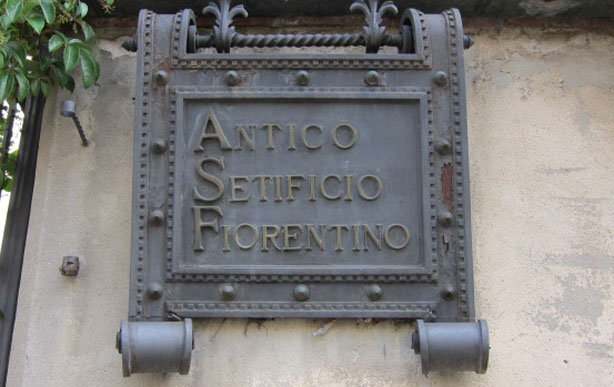 Down a quiet lane in the San Frediano district of Florence, beyond an iron gate and leafy courtyard, is Antico Setificio Fiorentino, the sole remaining artisan silk workshop in the city. Since moving to this location (Via Lorenzo Bartolini 4) in 1786, the small factory has maintained uninterrupted production, despite wars and floods. The art of silk-making in Florence flourished in the Renaissance, when noble families amassed fortunes and fame by producing exquisite silks. That tradition endures at Antico Setificio Fiorentino, where silks are woven by hand on antique looms using Renaissance patterns. 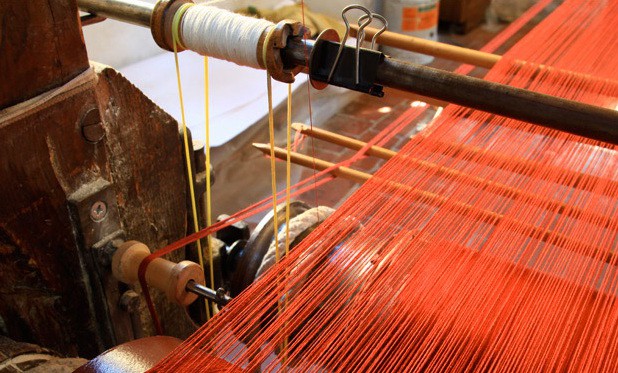 During a recent tour, the designer Maurizio Bonas rattled off the illustrious names of historic Florentine clans — Corsini, Pucci, Strozzi — whose signature patterns are still being produced. “When you go inside many historical houses in Italy, it’s Antico Setificio that did them,” said Mr. Bonas, who noted that the factory’s silks also adorn rooms in the Vatican, the Palazzo Vecchio and the Tribuna degli Uffizi in Florence, and even in the Kremlin in Moscow.

“To make these kinds of fabric, we cannot use the modern machines,” Mr. Bonas said, pulling out a roll of sumptuous blue embroidered silk velvet made with 350,000 stitches per meter. One worker who was weaving a cream-colored damask from a design named for the Renaissance painter Pinturicchio could be expected to complete only 80 to 100 centimeters of the fabric per day. And because the small factory employs only 20 artisans, production is predictably limited — and costly. In the adjoining showroom, walls are lined with bolts of silk, from plush velvets and intricate damasks to diaphanous taffetas, 110 to 1,360 euros (about $135 to $1,670) per meter. Decorative pillows are adorned with hand-woven trims. And, on a table, a basket is filled with sachets made of Ermisino, a shimmering silk taffeta that dates back 500 years. 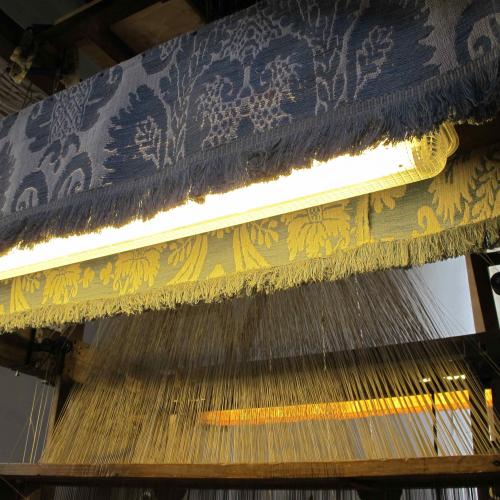 Inside each is potpourri from Officina Profumo-Farmaceutica di Santa Maria Novella, a 400-year-old pharmacy that has partnered with Antico Setificio for, as Mr. Bonas said, “only 250 years.”