What to visit in Florence: manuscripts exhibition by Biblioteca Medicea 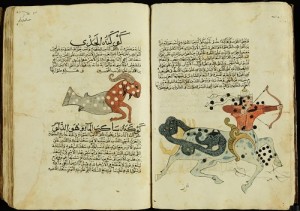 Founded in 1584 by Pope Gregorio XIII and Ferdinando De’ Medici, Tipografia Medicea provided manuscripts and lexicon to spread Catholic faith in Eastern Europe. After many events and a complex history, most of the manuscripts were moved to Florence, in the Biblioteca Medicea Laurenziana. Here are preserved valuable manuscripts, stamps and typeface; all the books, included an ancient press, will be exhibited in typographical room, opened to visitors for this unmissable exhibition.

There will be also artworks from Biblioteca Marucelliana, National library of Florence, Biblioteca Riccardiana of Galileo Museum and some preparatory tools for xylography from “The Green Collection”, the biggest collection of books and Bible objects.

The Cradle of Renaissance it’s one of the most important cultural center of Italy: book a room in the historical center of Florence and plan your weekend dedicated to art.