Florence and its surroundings 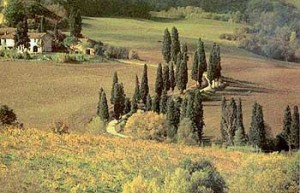 If you’re planning a visit to Florence, you should consider to take a glimpse intop its surroundings, full of villas, castles and medieval small towns. Most interesting are Bagno a Ripoli and the municipalities of Scandicci, Signa and Sesto Fiorentino. Bagno a Ripoli is an enchanting place for the presence of ancient castles like Castello di Montauto and Castello di Quarate. Montauto Castle was built in 980 AD and the oldest part is the high tower located in the center of the property. The park is surrounded by a peaceful park of cypress and oak trees with a small chapel internally decorated with a fresco attributed to Giorgio Vasari Art Academy. Quarate Castle instead, was built around 400 AD and was actually used as an hospital for the herders who moved with their herds along the Maremma territory. Parts of the great tower still remain and curiously on the top it has grown up an olive tree.

In the vicinity of Bagno a Ripoli is also Scandicci, where is San Martino della Palma Church dedicated to St. Martin of Tours, patron of travelers. Inside, the altar houses a fine painting of the Madonna with Child dating from the fourteenth century. In the surrounding area we also suggest to visit the Benedictine monastery of San Salvatore a Settimo dated 1004 AD, one of the largest religious complexes in Tuscany. And don’t forget to take a glimpse into the Renai River Park (Parco Fluviale del Renai), plenty of activities for adults and children (games, canoeing, etc.).

In the small town of Signa take a trip to the Museo della Paglia e dell’Intreccio Domenico Michelacci (Domenico Michelacci Straw Museum). In the exhibition rooms you can find explanations on the production of straw hats, which plots reached such a level of sophistication that the Grand Duke Cosimo I sent it as a gift to the sovereigns of Europe. Finally, stay longer in Sesto Fiorentino, where is the Museo Richard Ginori della Manifattura di Doccia (Richard Ginori Doccia Museum), useful to learn more about porcelain production.

After visiting these places, it will be a pleasure to return to your Ars Hotels in the historical center of Florence, admiring the works of art and the other cultural treasures of Tuscany.