Vasari’s Exhibition at the Uffizi in Florence 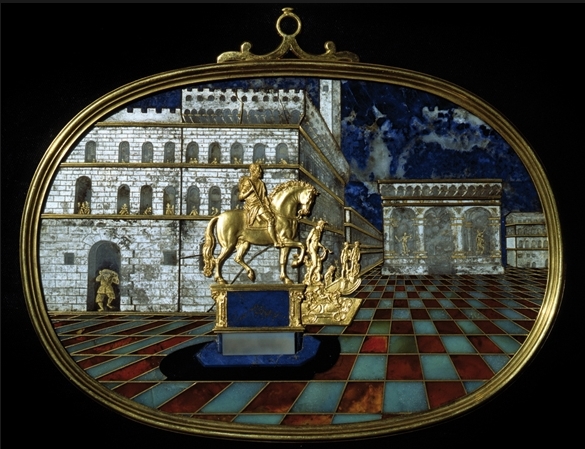 Subject of the exhibition is the founding of the Uffizi, which occurred between the years 1559-1560: more than a building, an architectural system on an urban scale, the result of close collaboration between the Duke Cosimo I de ‘Medici, and Vasari, his favorite artist.

The Uffizi was designed to be welded into one body the two ducal residences of Palazzo Vecchio and Palazzo Pitti, across the Arno, giving the city the physical presence of power in the form of architecture.

The exhibition Vasari, the Uffizi Gallery and the Duke, which starts from the personalities of protagonists-makers (the Duke and his artist), put first in the urban scene between Palazzo Vecchio and the Arno river before the construction of Uffizi Gallery, and then illustrates the stages of policy design and construction of the complex, whose site stands as the largest of the sixteenth century in Florence, evoked by ancient working tools which are flanked finds that, for centuries drowned in filling times, were recently rediscovered.

The Uffizi was also the result of a vibrant artistic environment, polarized by the court and on which hung the terrible grandeur of Michelangelo’s genius. A competitive environment, as witnessed in the exhibition, which Vasari had been kept at a distance and fought until his triumphal entry (1554) in the service of Duke. The artistic statement of Vasari, which goes with its political legitimacy, was also driven from his historiographical production, strengthened the foundation of the Academy of Design.

A very rich exhibition, interesting and original awaits you at the Uffizi in Florence. Take the opportunity to organize a vacation in the cradle of the Renaissance: book your room with Ars Hotels Firenze, in the heart of the city.