Exhibition in Florence “The Money and Beauty. The bankers, Botticelli and the fire of the vanities”

From next weekend until January 22nd 2012 at Palazzo Strozzi in Florence you can visit the exhibition “The Money and Beauty. The bankers, Botticelli and the fire of the vanities”.

Through the masterpieces by Botticelli, Filippo Lippi, Beato Angelico, Paolo Uccello, Donatello, Antonio del Pollaiolo, Domenico Veneziano, Lorenzo di Credi – the elite of Renaissance – the exhibition “The Money and the Beauty” tells the story of the modern banking system’s invention and economic progress which has given rise.

The works on display illustrate how the flowering of the modern banking system was parallel to the more artistic season of the Western world: the exhibition connects the interweaving of economic events and art with changes in religious and political era. 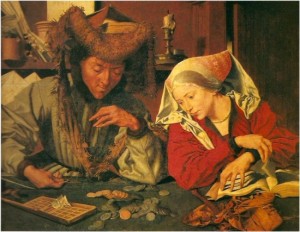 The exhibition at Palazzo Strozzi is therefore a trip to the root of the Florentine power in Europe, but also an analysis of the economic mechanisms that allowed the Florentines to dominate the world trade and, consequently, to finance the Renaissance. An opportunity to look across the arts, involving economists, politicians and diplomats, and telling the roots of the Florentine Renaissance optics of the relationship between art, power and money.

The exhibition “The Money and the Beauty. The bankers, Botticelli and the fire of the vanities” also makes use of detailed representations of the banker’s job (work of Flemish artists) to describe the period when Florence was the capital of the financial world. It also clarified with the help of multimedia tools the ancient paths of money and trade.

The exhibition at Palazzo Strozzi is open daily from 9 to 20; on Thursday the opening is extended up to 23.

Take advantage of this original exhibition to give you a few days of relax and culture in the cradle of the Renaissance: book your hotel room at Ars Hotels Florence chain.