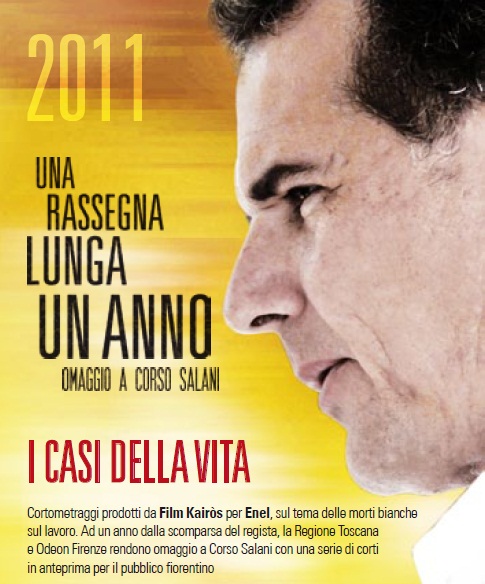 Until August 18th 2011 at the Odeon Cinema in Florence continues “A review a year long” dedicated  to the director Corso Salani died in 2010.

The tribute to Corso Salani offers for the Florentine public a preview of  “Cases of life”, a series of short movies about “dead white” in the workplace produced by Kairos Films and directed by the Florentine director.

The next events of the festival at the Cinema Odeon in Florence:

Sometimes the risk and fear of losing someone  pick up the threads of relationships  torn and forgotten, as in the case of Lara and her father,  a difficult relationship, theirs,  because of distances and misunderstandings, which will be resolved during the  recovery of ‘man,  through the birth of a new form of dialogue.

In the town of Deva, Raluca assists small incident that takes away  her father and refuses to accept the consequences for ever trying to stop that day just before the unthinkable happens. The eyes  of a child confronted with the death of a parent are the most powerful  magnifying glass on the absurdity  of certain destinies.

Paul and Ringo are two young colleagues, working together for very little but they will have to  share a tragic situation. Paul  Ringo assist during a night in the hospital that takes on the tone  of confidence between old friends: Rocco is to  linking to confess their  innermost thoughts unconsciously,  their own hidden fears and  unspeakable.